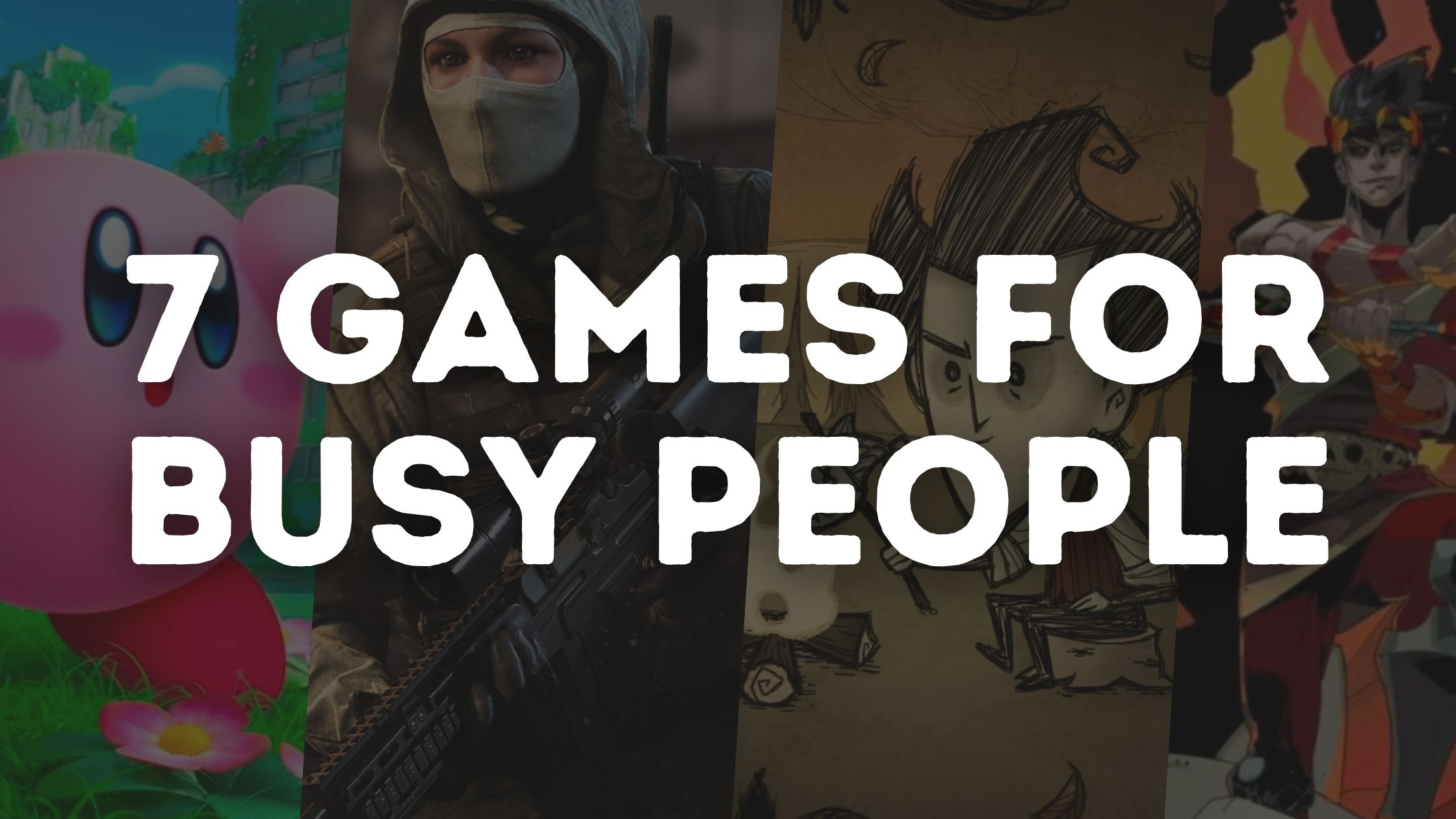 Every day we have to go out into the world and do adult things like work for hours on end leaving us with much less time for gaming. Curated by the whatoplay community, here are a few games that are not too time-demanding for busy gamers.

Since its release on the PC and Switch in 2020, Hades has been topping our charts, and for good reason. It’s an amazing game. Now that it’s on all current generation gaming platforms save for mobile, there’s not a lot of reason to skip it.

In hades, you play as Zagreus, Hades’ son who wants nothing more than to escape the Underworld. It’s a roguelike hack and slash game. Every time you die, you start all over again. But it’s not as dire as it sounds. The more you lose, the stronger you get.

It’s great for when you don’t have a lot of time to play as each escape attempt doesn’t take very long. That could either mean you die early, or you get so good at the game you finish it fast.

Replayability is high as the good story unfolds. There are also quite a few weapons to master for your next run.

2. Kirby and the Forgotten Land

Maybe you want your downtime to actually be relaxing or even a bit of nostalgia for older, cuter games. Kirby and the Forgotten Land is the newest iteration of the classic Nintendo franchise.

It’s an adorable 3D platformer that you can play with the children in your life, or by yourself. As whatoplay user, Jejuand, said in his review of the game, “The game is really fun, simplistic but fun.”

This is not a long game. It will take you between 10-30 hours to finish it but there are a few mini games for quick sessions stressful days.

Okay, so maybe you like a bit of a challenge during your break time. Cuphead can give you that. While it never feels unfair, as the controls work flawlessly, it is not an easy game.

The art style and the gameplay is not for everyone, but if you love old school cartoon style and shoot ‘em ups, you can’t go wrong with Cuphead.

An average run and gun level could take you 5-7 minutes to finish. While a boss, depending on your skill level, could take a little longer. You can play this solo, but you can unlock the full potential of Cuphead when you play it with a friend.

The best way to decompress from a whole day of following rules is by playing games that encourage you to break the rules. Baba Is You is a simple but witty puzzle game that is available on many portable platforms like the Switch and mobile. If you have the Steam deck (we are so jealous!) you could also play this there!

Each level in Baba Is You lasts only a couple of minutes, but there’s up to 45 hours worth of content in this small game. How many can you fit in your 15 minute break?

Call of Duty: Mobile is one of the best First-Person Shooter games you can play on your phone. Even new players who haven’t gotten the hang of playing Call of Duty on PC have been full-on addicted to this game.

While there is no reliable controller support for it, just using the touch screen is good enough – provided you don’t have sweaty fingers.

There are a multitude of game modes to enjoy: Battle Royale, Ranked Mode, and ‘Core’ Game Modes like Kill Confirmed, Team Deathmatch, Free for All, Hardpoint, and more.

It should be noted that Call of Duty is an online only game.

Like the other games of this list, each run of Slay the Spire doesn’t take so long –but it’s so addictive, that you could easily spend hundreds of hours playing it.

The visuals can look a bit rough, yes, but the gameplay and loop is crazy good. The combination of it being a dungeon crawler, roguelite, and strategic card game seems to be the secret sauce. It’s easy for newbies to get into, while also ramping up the difficulty as the player gets better.

If you have never played this game before, you might be taken aback by it being an open world survival game. Wouldn’t that be too stressful? Well, yes, it can be, but thankfully, you are able to customize your world on Don’t Starve to match your playstyle. You can keep it at the normal difficulty, or you could make it harder, or easier for yourself.

It’s fun to see how long exactly you could survive in the hostile world, or to see how deep you could dig down in the tumultuous story. But it’s also equally fun to observe the new wildlife in Reign of Giants, explore the different islands of Shipwrecked, or pester the pigs in Hamlet, whether that leads to an early death in-game or not.

While the goal, as the name of the game suggests, is to not starve, or more importantly, to not die, dying isn’t always that bad because by then you could unlock new characters.

Alternatively, if you want to play with friends, check out Don’t Starve Together.