State of Play: All the Games Presented

It was not a lot 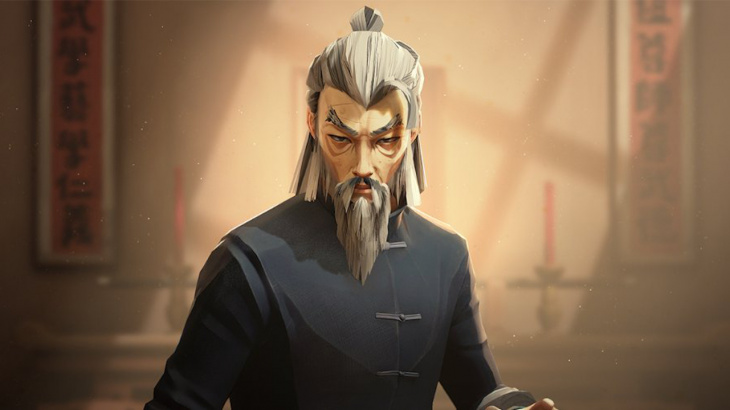 Sony’s seasonal State of Play made its return today and we rounded up all the highlights:

Fans of the beloved marsupial can enjoy this upgraded experience built for the PlayStation 5. It’s About Time gets a boatload of improvements that’ll make it feel like next-gen. Players can transfer their PS4 save data to continue their adventure.

The team at Housemarque shares the latest updates from their upcoming roguelike shooter that's coming exclusively to the PS5.

They showcased some fresh gameplay footage, including minor story elements. Players will constantly be fending off hordes of Lovecraftian horrors using a variety of weapons. They can mix and match numerous upgrades and abilities that will help them in the ever-changing setting.

Every death will open new doors to its narrative and gameplay, making every run a learning experience.

From the team behind Absolver comes an intense brawler injected with Kung-Fu elements.

It’s a homage to the Kung-Fu genre. The team at SloClap showcased its seamless third-person combat, featuring numerous areas to duke it out with other combatants.

Its story centers on a tale of vengeance and its main character is out for blood. Absolver players will find some of its gameplay similar, but the addition of enemy variety and interactive environments make every level unique.

It's slated for release on the PS4 and PS5

This multiplayer game is all about dodgeball. Knockout City takes delight in its wild gameplay and vibrant visuals.

It’s still prioritizing its 3v3 game mode, but there will be more to come during its release. The gameplay focuses mainly on throwing and catching. Outsmart enemies by faking throws or teaming up with friends.

The team behind the gorgeous Hyper Light Drifter is eager to announce new information about their upcoming new title, Solar Ash.

Enter the Ultravoid and explore its ethereal landscapes using fluid movement controls. Face off against giant alien bosses and traverse around sunken cities. Combat is simple and satisfying.

The devs at Heart Machine are excited for players to experience Rei’s adventures. Solar Ash comes out this year for the PS4 and PS5.

This isn’t the FNAF everyone remembers, considering it’s no longer spearheaded by series creator Scott Cawthon.

It’s the most ambitious FNAF title yet. The gameplay trailer features its neon-lit mall filled with a dark secret. Once again the animatronics make a return.

The gameplay is no longer limited to sitting down and checking out the cameras. Players will actually have to walk around and explore The Mega Pizza Plex. No release date yet.

After months and months of trailers and gameplays, Soulstorm finally gets a release date. The Mudokons are back for more deadly adventures as they escape from treacherous locales and dangerous hazards.

It’s launching on the PS4 and PS5. Those subscribed to PlayStation Plus will get it free in April.

The latest footage of Kena is also worth checking out. It’s animation is top-notch, reminiscent of Pixar’s art style.

In this new trailer, Kena battles evil forest spirits with the use of her many powerful abilities.

It’s now available for pre-order and players will get exclusive in-game goodies including Celebration Hats. The Standard Edition is priced at $39.99 USD / €39.99, while the Digital Deluxe Edition will be at $49.99 USD / €49.99. Both Editions can be played on PS4 and PS5.

Arkane Studios’ upcoming shooter is also gearing up for its release soon with this latest gameplay trailer. It showcases multiple action sequences that players will encounter in their time-bending journey.

PlayStation 5 owners will now be able to pre-order the game and they will receive in-game goodies that’ll help them in their quest to escape the quantum loop.

The highlight of today’s State Of Play. A next-generation upgrade for the PlayStation 5 will push VII Remake like never before. Players who own VII Remake on their PlayStation 4 will get a free upgrade, including the upcoming DLC that centers around Yuffie’s adventures in Midgar. Players who own the PS4 version will only upgrade the game with no extra cost.

With improved textures, lighting and super fast loading times that will make Cloud and his eco-terrorist lives a bit bearable. It will be released as a PlayStation 5 exclusive.

What’s your most anticipated title in today’s State of Play?