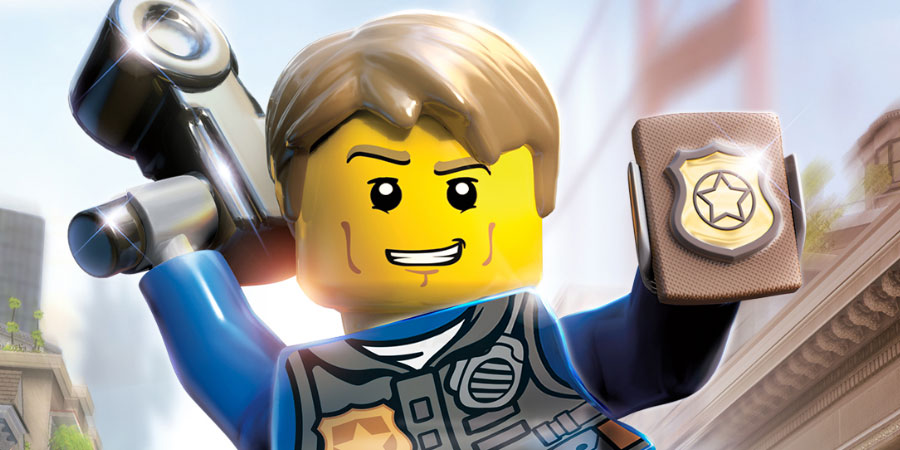 LEGO has spanned decades in the videogame industry, and there’s just so many LEGO titles to choose from. To help you find the best fit for your tastes and needs, here’s a list of the Top 10 LEGO Games that you can play on your PC, PS4, Xbox One, and Nintendo Switch today.

It's no secret that Marvel's superheroes have dominated the cinematic stage for a while, which made it a perfect subject for LEGO's blocky antics. Following up the success of their smash hit LEGO Marvel Super Heroes, this sequel ramps up the fan service with a laundry list of new characters and locations. With over 200 to unlock in all, the deep content dive allows Marvel fans the thrill of seeing all-time fan favorites side by side with the more obscure characters, like Man-Ape and A-Bomb. It may not have much in the way of replayability, but as a hilarious romp through Marvel's comic book and film franchise history, it's still got a lot to offer.

9. LEGO The Incredibles on PC, PS4, Xbox One, and Switch

Coinciding with the release of the much-awaited sequel, The Incredibles is Traveller's Tales' treat to the young and old fans of the series. The game's main story revolves around the events of the latest movie, with the Parrs taking on new roles within the family. It's a reintroduction to its diverse cast of heroes and villains, each bringing their own tricks to help solve puzzles, and build and destroy as we please. While LEGO games have always been pretty easy, The Incredibles seems the most targeted towards their younger fans. Its main campaign is notably shorter than usual, with six chapters that you can compete in a little over a few hours. Luckily, the secondary story, which you can unlock after the main game, covers the classic events of the well-loved original.

8. The LEGO Ninjago Movie Video Game on PC, PS4, Xbox One, and Switch

Ninjago isn't as big as all the other licenses under LEGO's belt, but it does fill that vacuum of ninja action in the series. Teaching you the way of the warrior, it takes you through the same journey as the characters in The Lego Ninjago Movie. It also borrows 8 locations straight from the film itself. With a blend of Japanese cityscapes and mystic elements, there's a touch of uniqueness to the game's environments that make it much more exciting to explore even after the story ends. There's also the case of its adjusted stud collection and improved combat mechanics that sets it apart from LEGO's usual fare.

7. LEGO Star Wars: The Force Awakens on PC, PS4, and Xbox One

While it's true that the latest Star Wars trilogy went for a darker tone, LEGO still managed to work it all into their signature style. With a lot of references to a lore that most of us are well familiar with, it turned out to be one of their funniest games to date too. What's more, it also works very well into their blueprint of exciting cast of characters and brick-smashing gameplay. Modelled after the film, the visuals are spectacular, with detailed environments and character animations that immerses you despite the LEGO makeover. The first in the trilogy (and immediately preceding the ambitious Lego Star Wars: The Skywalker Saga), The Force Awakens may have just reawakened our love for LEGO games.

The last in what is arguably their most popular subseries yet. In it, Batman shares the spotlight with other heroes from the DC Universe. If Marvel fans got their fill with Marvel Super Heroes, DC fans have all the best kind of fanservice in this entry. Not only are there several iconic hubs to rummage for studs in—from the Batcave, to the Hall of Justice, and a host of Super Mario Galaxy-style planets—it also has an impressive array of characters, many of them voiced by a star-studded cast of actors.

5. LEGO City Undercover on PC, PS4, Xbox One, and Switch

For a company that mostly relies on licenses, it was a breath of fresh air to see something like LEGO City Undercover. While it was first released on the Wii U, its re-release on the newer platforms has allowed for more people to experience it. Chase McCain leads the show, taking us around the metropolis to bring offenders, especially the likes of Rex Fury, to justice. They may not be household names, but they bring a lot to the table when it comes to witty banter. The openness of their metropolis, too, is a great addition, allowing you to cruise around town like a pretty sanitized version of Grand Theft Auto.

LEGO and dinosaurs is a combination nobody would want to miss. Tying in with Jurassic Park's decades-awaited sequel, LEGO: Jurassic World made proper tribute to the franchise with this nostalgia-ridden adventure. 5 of its 20 levels were directly inspired by locations from the film. But here, instead of the ferocious, heart-pumping scares of the original, we get wacky and child-friendly scenes. On top of the usual brick-bashing mechanics, Jurassic World also makes unlocking dinosaurs fun with 20 dinosaurs, including the more obscure ones that dino fans young and old will appreciate.

3. LEGO DC Super-Villains on PC, PS4, Xbox One, and Switch

What they did in DC Super Heroes and Beyond Gotham, they do again in this entry with a greater focus on DC's greatest--and lesser known--villains. It's pretty much the usual formula from LEGO. However, with the ability to breathe life into your very own custom character, is a privilege in its own right. There’s a special feeling to see your own creation side by side with your DC favorites. While primarily geared towards younger audiences, their big hub worlds still hold lots of secrets. For completionists, it may give it that dose of replayability that most LEGO games lack.

2. LEGO Marvel Super Heroes on PC, PS4, and Xbox One

Just like the first Iron Man movie, there was just something memorable about firsts. While they did have LEGO Avengers, LEGO Marvel Super Heroes was their first real dive into the bigger Marvel comic book universe. It gladly filled in the gaps that Avengers left with quick-witted and four-walls-breaking narration from Deadpool, and cameos from Fantastic 4, X-men, and even the big man himself, Stan Lee, who you could after a few quests. Their locations, from New York to the S.H.I.E.L.D. Helicarrier, will be familiar to comic book fans and the newcomers from the massively successful film franchise.

1. LEGO Dimensions on PS4 and Xbox One

On the flipside of Marvel Super Heroes' widespread accessibility, LEGO Dimensions may be a controversial pick for first place. Many people criticized the game for its sky-high prices, beginning with its starter pack that went for up to $100 at launch. That said, LEGO's bold step towards the toy-to-life formula held a lot of promise, offering to bring characters like Gandalf, Batman, Wyldstyle, and more into a colossal mashup inside their own well-established digital universe. Using the Toy-Pad, LEGO was able to fuse real and virtual in seamless ways, giving us new ways to create and assemble and seeing them alive before our eyes. Now a discontinued line, that glimmer could still be experienced--if you find a good enough bargain for it.