One of the most requested features for the game won’t be exclusive to PC. 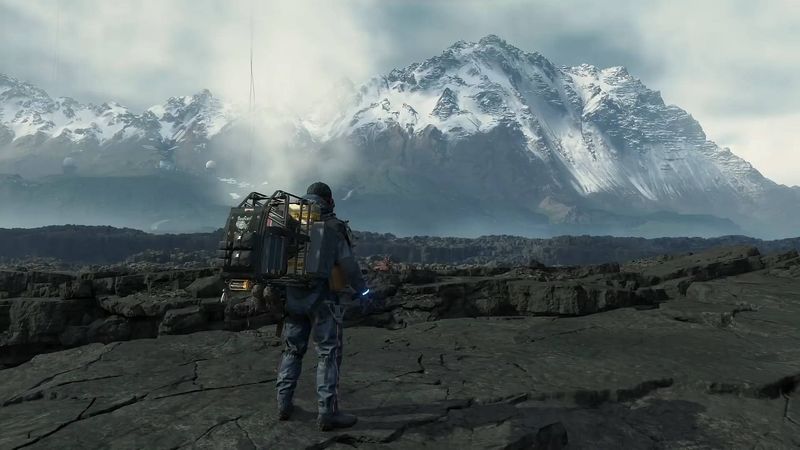 When Death Stranding was announced for PC, it was teased that there would be a photo mode for the game, something that wasn’t in PS4 version. The great news is, fans will now be able to take high-res shots of Sam Bridges in Hideo Kojima’s strange new world. 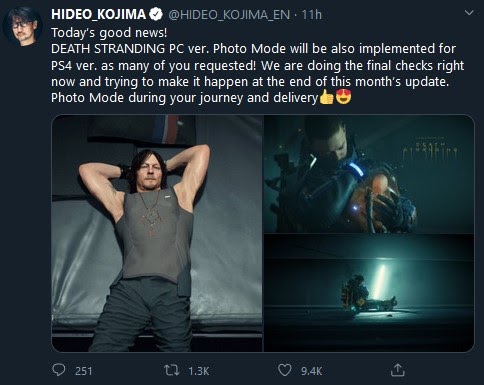 Today’s good news! DEATH STRANDING PC ver. Photo Mode will be also implemented for PS4 ver. as many of you requested! We are doing the final checks right now and trying to make it happen at the end of this month’s update. Photo Mode during your journey and delivery

Seeing that one of the main hooks of Death Stranding is its unique visuals, it was curious that the PS4 version didn’t come with a photo mode. At this point, being able to pause the game and take photos is becoming a required feature for Triple A games; Spider-Man had it, and so did God of War, Horizon Zero Dawn, and Uncharted 4.

While reviews weren’t stellar for Death Stranding, the game remains to be something that is frequently buzzed about online. Despite being an endless fetch quest, the game admittedly still has some unique visuals, and Kojima himself still manages to find new ways to innovate the gameplay.

Death Stranding is currently available for PS4, but comes to PC on June 22. The photo mode update is expected to arrive in the end of the month.