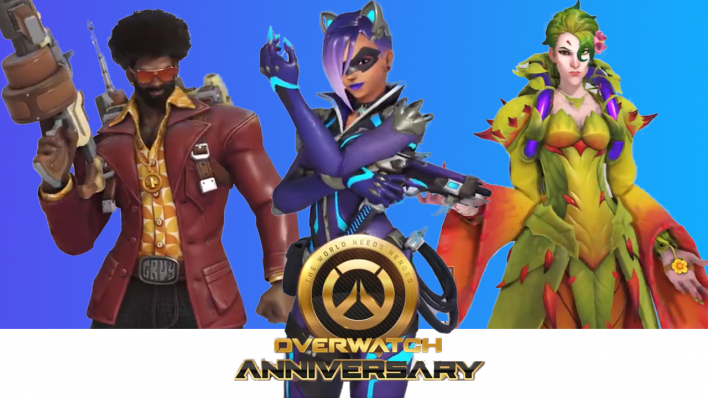 It’s that time of the year again, and Blizzard is celebrating five years of their hit shooter Overwatch. We have a new teaser showcasing all the new cosmetics and goods.

Duplicating dance moves!
It’s time to party with the return of Anniversary featuring your favorite seasonal brawls along with five new legendary skins. Group up and party down now through June 8.

This will also be a chance for you to get your hands on other skins that were available during past Overwatch events. These include the Halloween Terror and Winter Wonderland skins. These cosmetics will also come with a cheaper price tag compared to when they first came out. You will also be able to try out the different seasonal brawls like Lucio Ball and Junkenstein’s Revenge.

Find all the new cosmetics coming up as well as the schedule of the brawls at the official Overwatch page.

The Overwatch 2021 Anniversary is now available and will run until June 8. Overwatch is now playable for PC, PS4, Xbox One, and Nintendo Switch. Need more games to play with friends? Check out our list of multiplayer games.