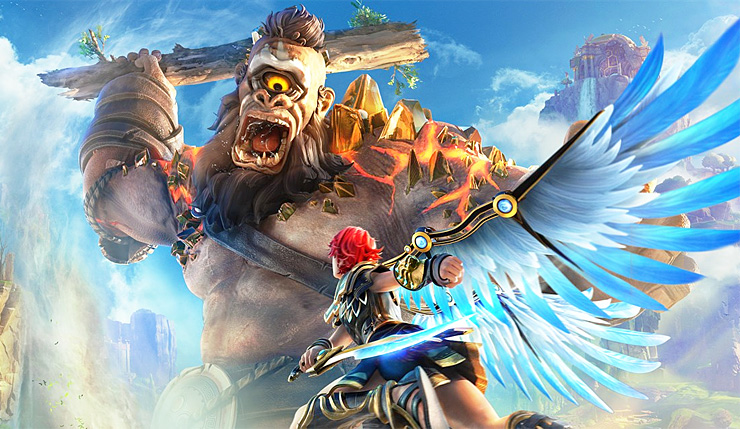 With Assassin’s Creed moving over to Norse Mythology after tackling ancient Greece, it looks like Ubisoft wants to stay in that world for a little longer.

Just in, we have a colorful new trailer for Immortals Fenyx Rising, and you wouldn't think that Greek Mythology and James Brown would go so well together.

Immortals Fenyx Rising™ brings grand mythological adventure to life. Play as Fenyx, a new winged demigod on a quest to save the Greek gods and their home from a dark curse. Take on mythological beasts, master the legendary powers of the gods and defeat Typhon, the deadliest Titan in Greek mythology, in an epic fight for the ages. The fate of the world is at stake – you are the gods’ last hope.

Originally titled Gods and Monsters, Fenyx Rising is described as a ‘fresh and witty take’ on open world action games and players have the chance to roam freely and customize the lead character Fenyx according to their playstyle.

Besides Fenyx own unique powers, you’ll also get access to infamous weapons in Greek Myth including the Sword of Achilles and the Wings of Daidalos.

With Greek Myth usually being connected with more adult franchises like God of War and Assassin’s Creed, it’s actually kind of refreshing to go into that world with a more animated and adventure-y tone. Here’s a gameplay overview:

Scott Pilgrim vs. The World: The Game Returns with the Complete Edition