The indie studio that brought you Duke Nukem is back! 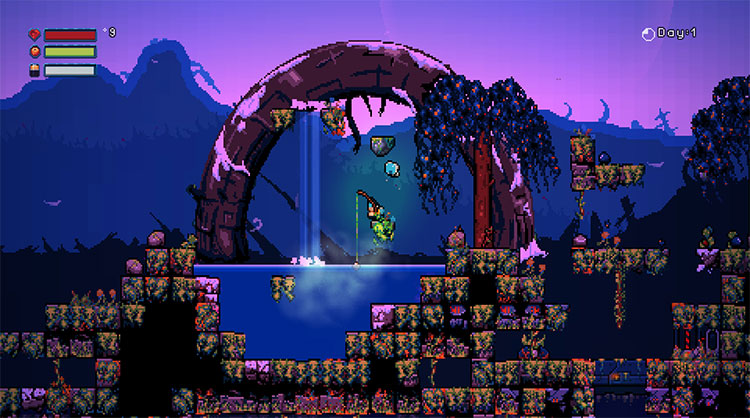 Back in the 90s, Apogee Entertainment was an indie game developer that had launched several franchises from Duke Nukem to Shadow Warrior, and Max Payne. Admittedly, the studio hasn’t been as big as it once was, but thanks to a team-up with OrangePixel, Apogee is back and has just announced a relaunching of the studio starting with the release of the game, Residual.

Play the all-new survival platformer, Residual. Explore an uncharted world of forgotten alien tech & lore, while crafting your way to freedom and stopping the spread of the ooze, a tenacious galactic menace!

While it calls itself a survival platformer, Residual also promises a non-violent survival experience. With its new form of combat, you get to set the survival parameters. Pick between a male, female, or non-binary protagonist and make the game challenging to your standards.

Since the 80s, Apogee Entertainment has developed and published several franchises. Aside from Duke Nukem and Shadow Warrior, they helped out in games like Max Payne and Wolfenstein 3D.

Recently, the company had issues with Gearbox in the Switch release of Duke Nukem 3D: 20th Anniversary Edition World Tour. But with this new title, Apogee sparks their return to indie publishing.

They just released a full showcase teasing their upcoming games. It showed off both new titles and remasters of Apogee’s greatest hits. We don’t have any list of titles yet, but the studio does promise to reveal more in the coming months.

For more intel on that, you can follow their Discord server. Or, you can check out their accounts on Twitter, Facebook, and Instagram. As for Residual, you can get a better look at the game on the official OrangePixel site.

Residual will be available for PC, Nintendo Switch, PS4, PS5, Xbox One, and Xbox Series X|S sometime in the fall of 2021.