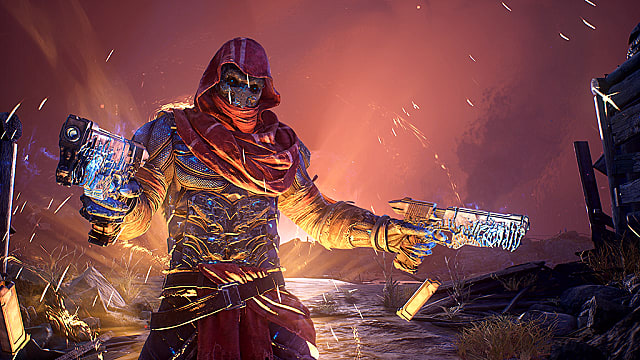 People Can Fly is set to launch their next game, Outriders, this April, and after a successful demo launch, they’ve decided to release a video that gives us a good overview of the game; including different classes, rigs, and levels of the world of Enoch.

Besides giving us some backstory on the hellscape of Enoch, the game also reveals to us origins of the Outriders; how they got their powers and what they can do. The four classes in the game are Trickster, Technomancer, Devastator, and Pyromancer.

Tricksters are more for ‘hit-and-run’ playstyles and are fast and dangerous up close; Technomancers are for players who prefer long-range fighting (plus use of gadgets and turrets); Devastators are hardy tanks that are also dangerous in close range; and the Pyromancer deals heavy damage mid-range.

Players will also get their own customizable war rig that they can take with them on different missions and quests. You can even cover it in the skulls of your enemies just for that extra ‘wasteland’ flair.

You can play the free Outriders demo here, but if you’re already sold on the game, you can pre-order it now.

Outriders is a 1-3 player co-op RPG shooter set in an original, dark and desperate sci-fi universe. As mankind bleeds out in the trenches of Enoch, you’ll create your own Outrider and embark on a journey across the hostile planet.