Check out the six upcoming clans coming to this Viking adventure 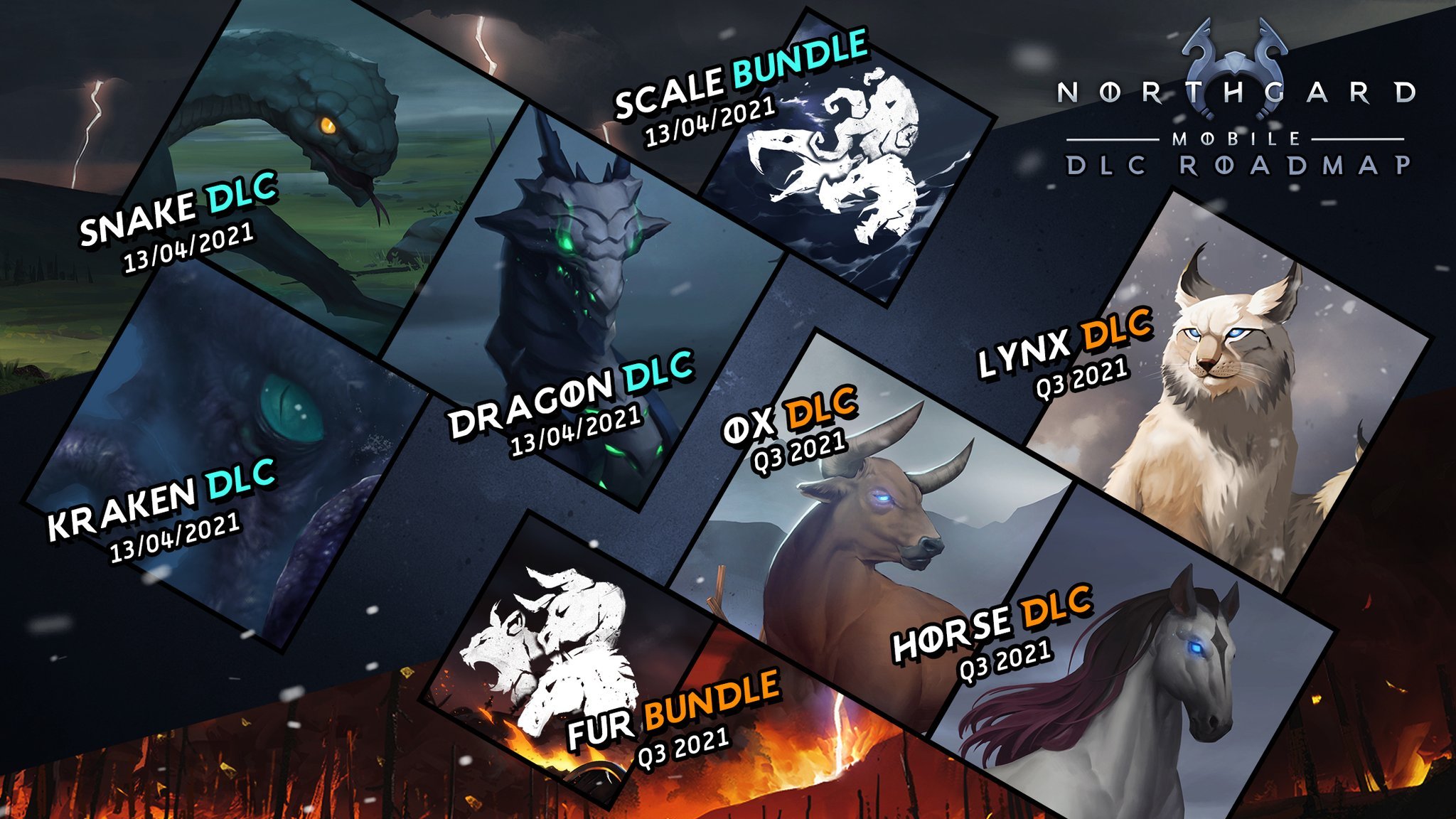 Northgard mobile is set to come out this April, and though we know that the updates from the main game are coming to the mobile version, it’s been revealed by Playdigious that there will be six upcoming DLCs of new clans coming to the game—one of which will be free.

April 13 will see the release of the Snake, Dragon, and Kraken DLC which will be available for $2.99/€2.99 each. You can also cash out for the Scale Bundle which will get you all three for $6.99/€6.99. Though they don’t have release dates yet a Horse, Ox, and Lynx DLC will be made available sometime in the third quarter of 2021 and they will be worth the same price; even the collective pack which has been dubbed the Fur Bundle.

To celebrate the release of Northgard on iOS, Playdigious will be offering the Snake Bundle Clan for free and it will be available from April 13–20. All fans have to do is pick it up from the app store.

Though Northgard has been available since 2017, a lot of fans are grateful that the game has managed to get a port over in mobile—specifically for the iOS. An Android version of the game is still in the works, but so far, no release window has been set for it.

The boldest Northmen have set sail to explore and conquer these new shores, bring fame to their Clan and write history through conquest, trading, or devotion to the Gods.
That is, if they can survive the dire Wolves and Undead Warriors roaming the land, befriend or defeat the giants, and survive the harshest winters ever witnessed in the North.

Northgard mobile comes to iOS on April 13. Northgard from Shiro Games is now playable for Xbox One, PS5, Nintendo Switch, and PC.