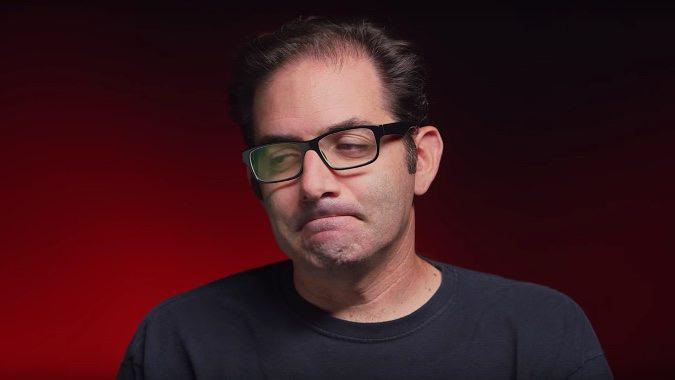 Though fans were waiting on Blizzard’s next update on Overwatch 2, they were shocked to find that Jeff Kaplan is leaving the project.

As per the official Overwatch site, “Papa Jeff” writes:

i am leaving Blizzard Entertainment after 19 amazing years.
it was truly the honor of a lifetime to have the opportunity to create worlds and heroes for such a passionate audience. i want to express my deep appreciation to everyone at blizzard who supported our games, our game teams and our players. but i want to say a special thanks to the wonderful game developers that shared in the journey of creation with me.
never accept the world as it appears to be. always dare to see it for what it could be. i hope you do the same.
gg,
jeffrey Kaplan

Jeff Kaplan has been the face of Overwatch, and has been celebrated for breathing new life into the hero-shooter genre. After Kaplan’s exit, fellow Blizzard vet Aaron Keller will be stepping in as the new game director. Keller is one of the original members of the Overwatch team. He's been working side-by-side with Kaplan for a while, even helping build World of Warcraft. Keller writes:

Jeff’s been a great leader, mentor, and friend, and he knows how much we’re going to miss him. I’ve been lucky to work alongside him and the rest of the Overwatch team for many years in building something that continues to inspire people all around the world, and I’m honored to carry the torch forward.

This may all look good on the surface. But, it leaves fans guessing what happened that would make Kaplan leave. While some speculate that he's been offered a job at a different studio, others are suspecting some kind of foul play.

Revitalised an entire genre of gaming, contributed to the development of and impact of one of the most important games in history in WoW and spearheaded the first game that made me notice esports.

Thank you, Jeff from the good human, talented creator and Overwatch, team. https://t.co/QEomRYrqTX

Good Bye papa Jeff. Overwatch will not be the same without you ????

Thanks Jeff! The world is a little bit better because of all the hard work you gave to Blizzard and the Overwatch community.

Congrats to Aaron! Wishing you the best as you step up to lead our diverse community hopefully to a brighter future! pic.twitter.com/RkZCwg7KwX

Until we get any new information, all we can really do is guess. What’s sure is, the pressure is now on for Overwatch 2 to deliver, as its predecessor had been a phenomenal game with Kaplan at the helm.

No release date has been set for Overwatch 2. The original Overwatch is available for Xbox One, PS4, PC, and Nintendo Switch. Check out our upcoming games list for more hotly anticipated games.