Among Us Meets Fallout in First Class Trouble

Check Out the playtest event which is open until March 18. 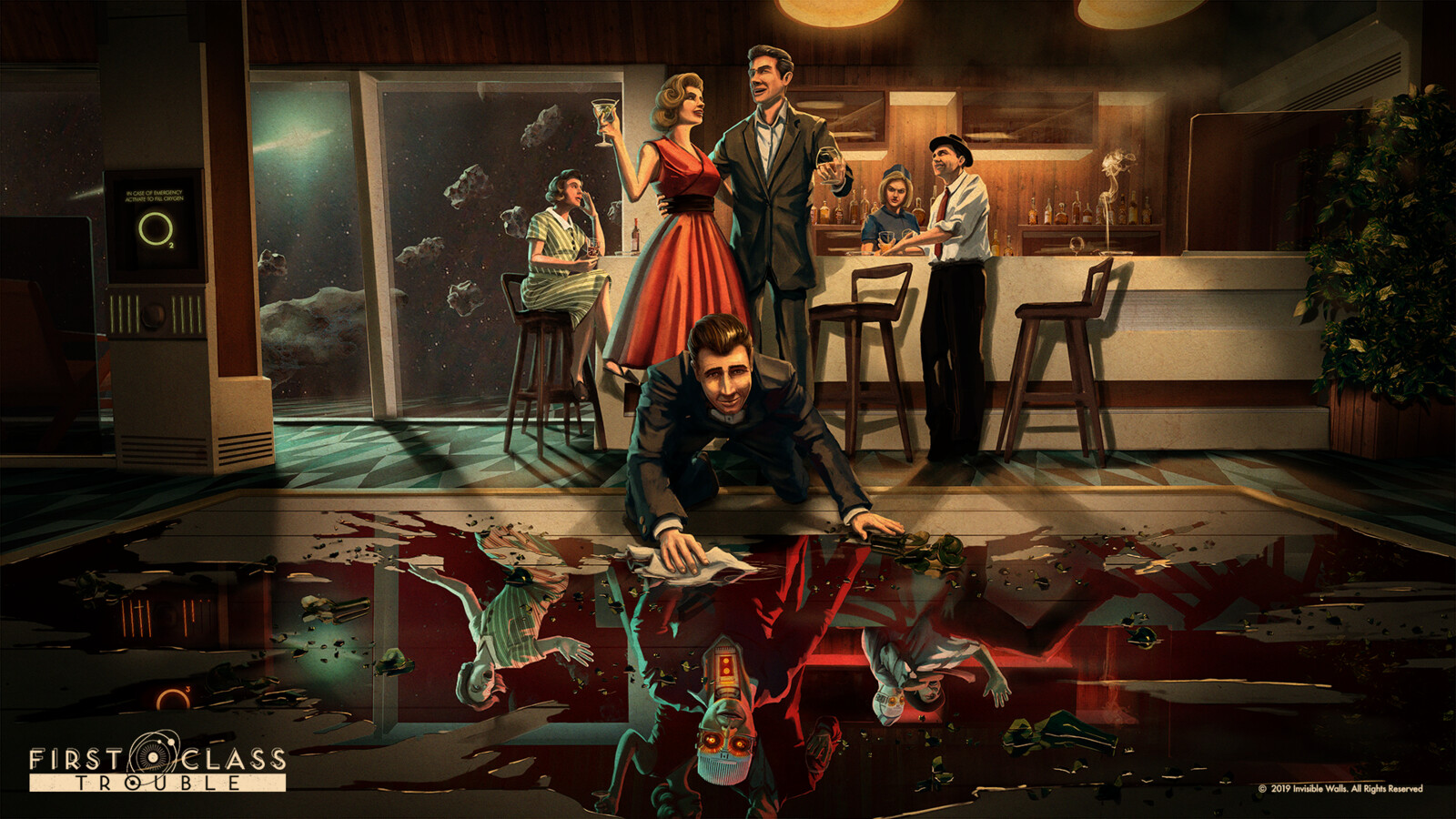 Among Us was the surprise hit of 2020. It had players cooperating to find the imposters working against them. Invisible Walls ApS and Versus Evil took that same concept and added it to a new setting in their upcoming game, First Class Trouble.

Taking place in an alternate 1950’s universe, First Class Trouble is a multiplayer social deduction game where six players must work together to shut down C.A.I.N., the rogue A.I. of a failing luxury space cruise-liner that is trying to kill them. Two of the six players are chosen at random to secretly play as Personoids, killer humanoids sent by C.A.I.N. to betray the other players.

Cooperation and communication are essential to succeeding in the game. Players have to find ways to perform random tasks while being careful about who among them are humans or Personoids.

It is pretty much Among Us. Except it has updated graphics, and a very interesting alternate take on the 1950s (like the world of Fallout). At some point, you can even say the aesthetics are from BioShock, what with its “futuristic past” designs.

To wishlist the game or find out more about the playtest, you can check out the First Class Trouble Steam page here.

First Class Trouble comes to Steam Early Access on April 8. The playtest even will be open until March 18.