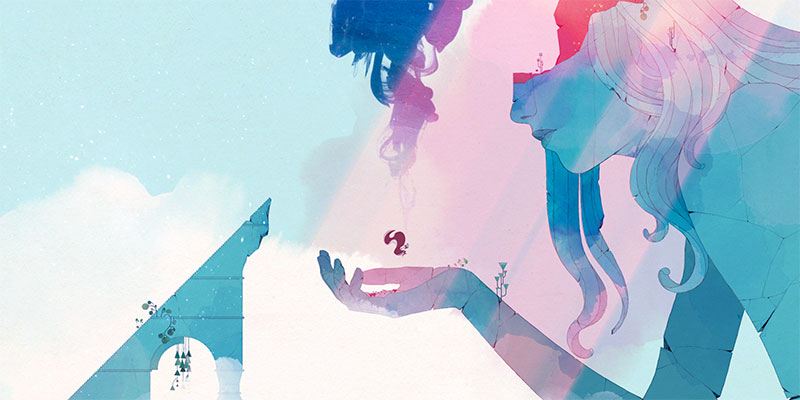 In 2018, the gaming community was made richer with GRIS, the first title released by Barcelona-based indie suite, Nomada Studio. It receive several awards including our very own 2018 Game of Year Award for Indie PC titles. GRIS rise to critical success and popularity doesn't come as a surprise considering the team behind the studio. The studio was founded by Ubisoft alumni Adrian Cuevas and Roger Mendoza in partnership with distinquished artist Conrad Roset.

Conrad, the creative director of GRIS, was responsible for the game's ethereal visuals -- the part praised by both critics and gamers. Raine Colubio, whatoplay's Community Manager, had the opportunity to chat with Conrad about GRIS.

When asked about the transition from illustration to interactive art, the differences between the two media and all the associated challenges, this is what Conrad has to say:

Conrad: It actually felt pretty natural. There were a few problems, especially balancing performance and practicality with artistic vision. This has been a very work and time intensive project. My creative process usually starts with a great deal of documentation. I look for videos, films, pictures, etc. to define the style of my work. In Gris this was done by all of the art team for about half a year. Then there's a stage of concept and we go from there to the definitive approach. I have always played videogames and I just asked myself "Why don't I make my own?". Not too long after that I met Adrian and Roger though a common acquaintance and soon we were developing a prototype.

Raine: GRIS is such a beautiful game, visually, aurally, and the subtle story really resonated with a lot of the players. During the Reddit AMA with Roger and Adrian, they mentioned that the ‘feel’ of GRIS was inspired by Journey, INSIDE, some Studio Ghibli films, and old school Disney films. Is this same true for your art style?

Conrad: My two main references during my career as an illustrator have been Egon Schielle and Gustav Klimt. Though surely they haven't been the only ones, many of the forms that I consumed during my life helped consolidating my style, and those films and games are not exceptions.

Raine: How did the game’s concept come to you? With the game’s level of attention to detail, was it difficult to pull off?

Conrad: I saw a sketch from a coworker and the idea of a colorless world that recovered it's color as the player advanced in the game came to me. As I said, there were a few difficulties. I wanted the game to feel as a whole illustration, and for me it was hard to use repeated assets. In the end we struck that middle point, but it wasn't easy.

Raine: Some would argue GRIS is more of an experience than a traditional game. It’s more of a playable art piece. We see a lot of that kind of game pop up in the recent years with the likes of Journey, Limbo, Monument valley, etc -- still, there are those who think the gameplay can get a tad bit boring since it’s not so adrenaline pumping as most games. What do you say to that? Also how do you feel about people calling your game interactive art?

Conrad: Not every game is for everyone. It is perfectly normal for players who are looking for a more action packed experience to feel so, we are not trying to tell anyone what they should think about GRIS. We just say what we have to say in it, and then let the public decide what it means for them.

Raine: At the end of the day, GRIS was an amazing success, and so many people resonating with it -- especially because it’s so beautiful, how does this make you feel?

Conrad: We didn't expect this overwhelmingly positive response, but we are certainly not complaining! It is really heartwarming for us to see how so many people love it! It is an honor and a pleasure.

Raine: Our community in YouTube and Facebook has been wanting to ask these questions. Are there any sequels in the horizon? Or a DLC, perhaps?

Conrad: None at all! GRIS is a completed work, there's no need for those.

Raine: It’s currently only available on the PC and Switch, will there be a PS4 or Xbox One version soon?

Conrad: There's not a PS4 or xBox release planned, but in the future, who knows? We certainly aren't closing any doors!

Raine: What’s next for Nomada Studio?

Conrad: For now we rest, but soon we will come back with new ideas and projects!

Raine: Lastly, what was your favorite part of GRIS?

Baring the ending, I'd say it's the moment after GRIS crosses the great sandstorm and enters the temple in the desert.