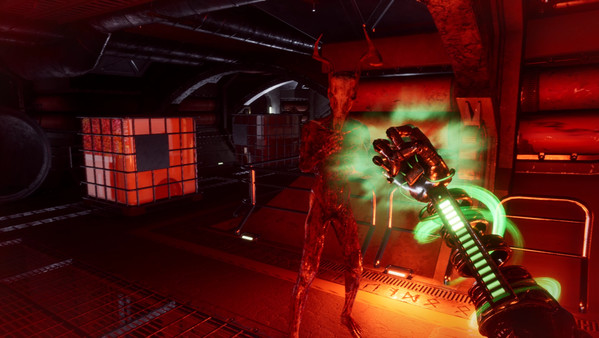 God of War brought Kratos to the world of Norse Mythology, but indie publisher Digerati blends Norse myth with science-fiction horror in the game Apsulov: End of Gods. It launched on the PC back in 2019, but developers Angry Demon Studio are now ready to bring their horror fantasy to current-gen consoles.

Check out the announce trailer:

Apsulov: End of Gods is a future Viking horror and sci-fi adventure unlike any other.
The humans delved far beneath the earth to find the mercy of the gods. What they found was never meant to reach the surface. Not on Midgard, nor any of the nine realms of Yggdrasil. Now their discovery wreaks havoc on their world, exploiting their technology, and leaving all in misery and decay.

While Apsulov’s Norse inspiration is clear, the sci-fi horror elements give off that Dead Space vibe. The game had DreamHack’s Best Horror award, and was also the recipient of an Epic Mega Grant.

Besides the digital version, Apsulov will also have a physical copy available via Perp Games. This version will include a downloadable soundtrack as well as an art book on top of the base game. The physical editions will be available sometime around the summer of 2021.

Apsulov: End of Gods is now available for PC. It will come to the PS4, PS5, Xbox One, Xbox Series X|S, and Nintendo Switch in the summer of 2021. Looking for more scares? Find them in our list of horror games for the Switch, PS5, and Series X.