Ninjas play free… on the PlayStation 5 and Xbox Series X. 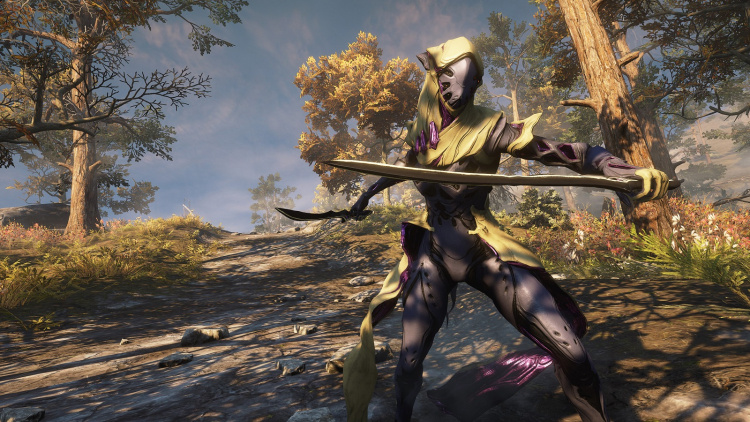 Digital Extremes’ acclaimed free to play looter-shooter enters the next generation territory. Players will witness the Warframe they know and love with renewed visual fidelity and improved loading times with their ‘heavily marketed’ high-tech SSDs.

Their Origin Engine has seen quite the improvement since the game launched in 2013. This new update will showcase the full power of the next-generation consoles, running at up to 4k resolution and 60 FPS. That means every detail on every planet in Warframe demands the player’s attention.

In addition to its amped-up visuals, loading times will be a breeze. Players will notice faster load times when entering Planets and entering dungeons with their friends. It’s a game-changing upgrade that longtime Warframe fans are dying to experience.

PlayStation Plus Subscribers and Xbox Game Pass Ultimate owners will also receive in-game currencies and rewards when it releases. Warframe Next-Generation has no definite release date yet, but it’s coming very soon to the PS5 and Xbox Series X.

For a complete list of upcoming releases, visit our pages for upcoming PS5 and Series X games.