Check out this colorful puzzle-platformer from Zordix 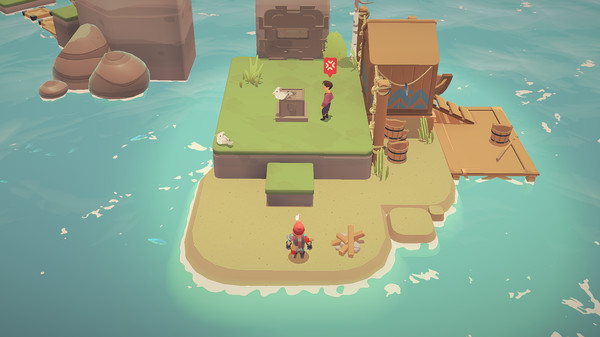 Zordix Publishing has just given fans a look at their upcoming game The Lightbringer. This cute puzzle-platformer looks like a title to watch out for later in the year.

Check out the announce trailer:

Follow your sister's footsteps through an abandoned kingdom on an epic quest to become The Lightbringer - destined to cleanse the world from a mysterious corruption.
Guided by your big sister's spirit, you must try to prevail where she could not.

Zordix promises a ‘heartfelt story, voiced in verse end-to-end!' A fully-voiced adventure, it will immerse players in the lore of The Lightbringer as they’re tasked to explore and solve puzzles. The main character makes use of his older sister’s powers to fight a mysterious tar. Called ‘the corruption’, this mysterious tar has taken over their land and ancient monoliths. Go through many dungeons and terrains with your trusty boomerang and fight to save the day.

While the ‘corruption’ will be the main antagonist, players will mostly be solving puzzles. But, they offer even trickier dungeons. These will have less time for thinking and more for on-the-spot problem-solving.

For more information on The Lightbringer, you can join the game’s Discord and wishlist it on Steam.

No release date has been set for The Lightbringer yet, but the game is set to come out on PC and the Nintendo Switch. For more games, check out our respective lists of games coming soon to PC and Switch.