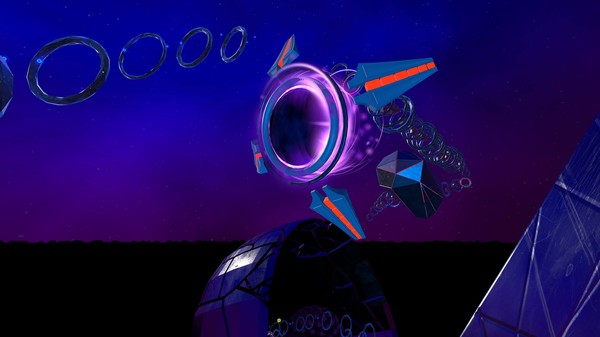 Dr. Bloc had originally given gamers a look at their upcoming VR title Straylight last year. Now, the game is ready to launch in the third quarter of 2021. With the announcement also comes a new look at the game.

Across a beautiful, deadly universe, thousands of blue stars dot the void. With the power of the Straylight, hook onto these stars and swing through abstract, cosmic environments, soaring from point to point and slinging to new heights.

Straylight makes use of the Fling Engine which is designed to make moving in VR more comfortable. Not only will players be able to marvel around the different galaxies and visuals in the game, but they also get to navigate them with ease.

VR has always been a playground for stunning and immersive visuals. Straylight gives players that same stunning experience, with an emphasis on comfortable navigation. Though the game is yet to get a release date, you can check it out on Steam Early Access via a free demo.

For more information on the game, you can check out the official Dr. Bloc website.

No official release date has been set for Straylight. But, it's expected to launch Q3 of 2021 for the Oculus Quest and Quest 2, Oculus Rift, PSVR, Valve index, and HTC Vive.