Roguebook to Release a Week Earlier on the PC

Check out this deckbuilder from the creators of Faeria and Magic: The Gathering 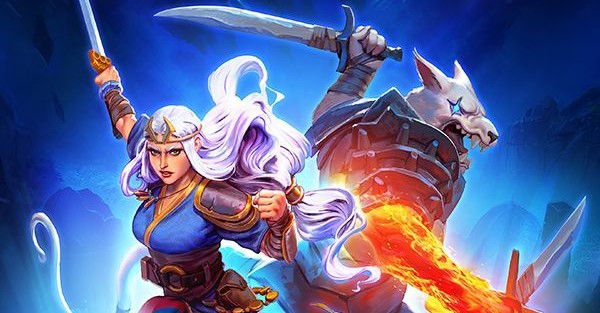 Abrakam Entertainment was set to release their new deckbuilder game Roguebook near the end of June, but now they’ve announced that this upcoming roguelike game will be releasing a week earlier.

Moving from its original June 24 release date, Roguebook will now release on June 17, 2021. To celebrate the release NACON and Abrakam Entertainment has released this new gameplay trailer, giving a better look at the game.

In Roguebook, you control a team of two heroes which will have their own set of cards. Four heroes will be available to choose from, and as the player, you get to pick which characters can create the most powerful combinations.

Roguebook also likes to set itself apart from other deckbuilder games via the Tower Deck. Instead of minimizing cards, the game actually encourages players to collect them as they progress, either buying them from merchants or winning them in fights; this will allow them to unlock special talents for their heroes.

Embrace the challenge of a roguelike deckbuilder with unique mechanics from the developers of Faeria and Richard Garfield, creator of Magic: The Gathering™. Build a team of two heroes, unleash powerful combos and defeat the legends of the Roguebook!

Roguebook is set to release on Steam on June 17. It will come out soon after on the PS4|PS5, Xbox One, Xbox Series X|S, and Nintendo Switch. Check out more games at our upcoming games page.