Blaze through Radland on your skateboard and master an arsenal of new tricks. 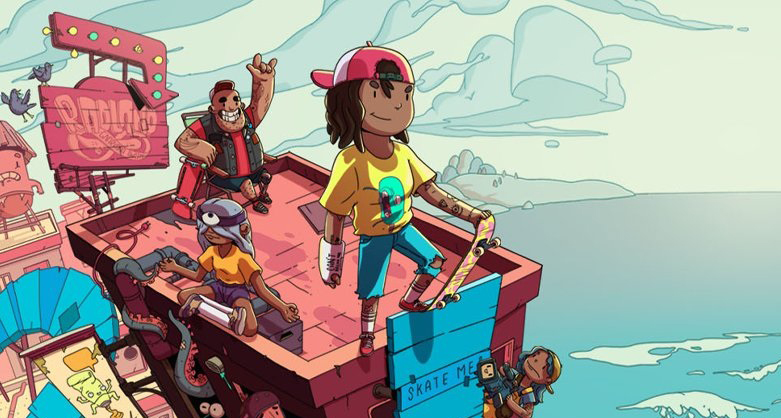 With a new generation of gaming, Roll7 has revealed the third entry to the OlliOlli franchise: OlliOlli World. They’re taking the series to a whole new level with new looks, characters, and game mechanics.

Check out the trailer:

OlliOlli World is a bold new skateboarding action-platformer that’s bursting with personality. Flip and flow through the vivid and vibrant world of Radland, meeting colorful characters as you grind, trick, and air your way to discover the mystical skate gods on your quest for Gnarvana.

While the original games embraced a more retro-2D style, OlliOlli World seems to be a complete overhaul of their entire look. It's set in a colorful world, with fantasy characters straight out of Adventure Time.

At the very core of the game is the “flow”. This was an essential part of the gameplay of the first two OlliOlli titles. We don’t have any details yet on how the flow will be different in this entry. But, we should expect Roll7 to give us more previews later in the year.

Roll7 received critical acclaim in their OlliOlli series which first released on the PS Vita. A combination of both OlliOlli and OlliOlli2: Welcome to Olliwood launched on the PS4 as OlliOlli: Epic Combo Edition.

For more information on OlliOlli World, you can check here.