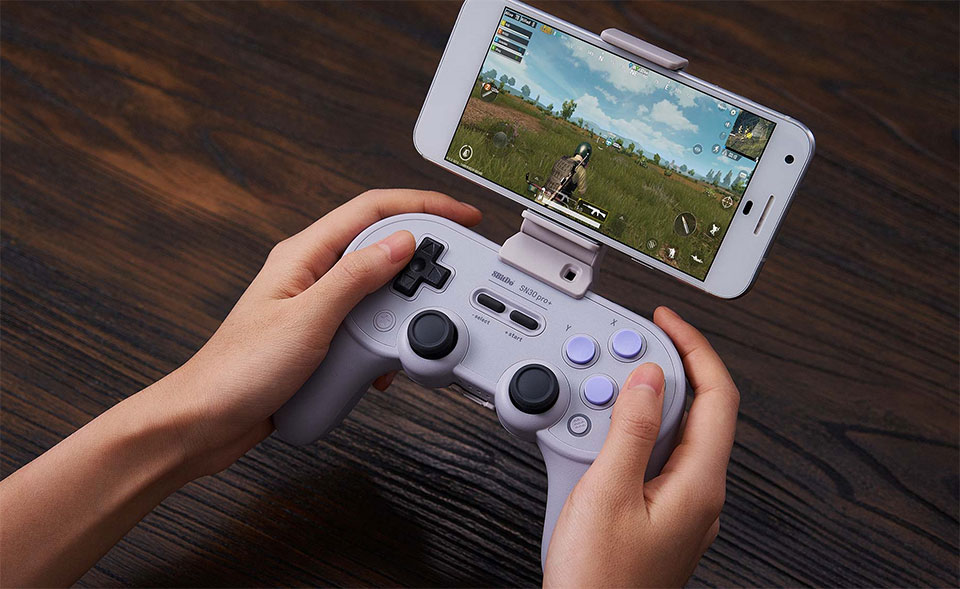 The games on mobile have just grown better and better over the years. And because of this, more and more people are turning to their mobile phones to meet their gaming needs. The only thing holding the mobile market is that finicky touch screen. It’s great for watching your favorite movies, but not when you’re competing for victory. Thankfully, there are already a variety of choices when it comes to controllers for the mobile. Here are our best picks:

When you're already gaming on a console, it helps when it has other benefits too. The new controller for the Xbox Series X is a great choice for just that.

The new design makes it more ergonomic. Its full controller size gives your hands plenty of space to move around. It's also designed with a textured grip which gives you a better hold when you play.

The core controller also comes with customizable button-mapping and a hybrid d-pad. It's powered by two AA batteries, has a 3.5mm headphone jack, and offers support for both Android and iOS phones.

If you have an old Xbox One controller lying around, check if the area around the Xbox logo has the same texture as its body and you could probably use that too.

Its Bluetooth connectivity erases the need to fiddle with wires. And its built-in microphone makes communicating with teammates much easier.

Its most marketed features are its haptic sensors and adaptive triggers. On the console, it adds to the immersion and keeps you alert during tense moments. Unfortunately, though, these have not been fully taken advantage of on mobile.

When you're into more classic looks, this is the controller of choice. It has the same look as the old SNES controllers, with its oval-shaped body and classic d-pad. But, it also comes with a lot of modern features.

More than its retro aesthetic, it also has a dedicated phone mode that lets you map the buttons to your liking. It's a small, compact controller that you can just as easily toss into your bag if you want to play on the go.

Officially, the SN30 Pro is only compatible with Android. If you're playing with an iOS device, there is a way around the restriction. Check this guide for more information.

We've seen Razer expand into pretty much every industry, including gaming glasses. But they made a great choice when they made their line of mobile controllers.

The Kishi wraps around your phone and turns it into something more like a Switch. It connects directly to your phone, which rids you of any latency issues that you might get with wireless controllers.

The Razer Kishi has a few styles to choose from, depending on your phone type and usage. For iOS, it supports everything after the iPhone 6, except for the iPhone SE 2. The Android version is compatible with most USB-C phones.

One major downside, aside from its expensive price tag, is the lack of wired headphone support.

The charge-through port will erase any worries about battery life. But with the headphone port covered, you won't have anywhere to plug your headphones.

Along with button settings, the Razer Kishi App will also help you find all the controller-compatible titles.

If a professional experience is what you need, look no further than the Razer Raiju. This Razer controller feels like a traditional controller. The few bells and whistles it has, though, will get you ready for your next tournament.

Their buttons are both soft to the touch and tactile, giving you plenty of feedback during gaming. The Raiju also offers a few extra buttons to play around with, including the clickable thumbsticks. You can freely remap them and even configure their sensitivity within the mobile app.

The hair-trigger mode reduces travel distance from your fingers to the main trigger. Meaning you can catch those clutch gaming moments more often. Unfortunately for iOS users, this only works for Android phones.

Sometimes, all you need is more room to hold a phone with. The GameSir F2 is great for just that. It eliminates those awkward pairing steps that you might get with Bluetooth controllers. Plus, it's compatible with pretty much any phone. All you have to do is attach them to the sides and you'll be ready to play within seconds. And, less likely to experience fatigue during those long gaming sessions.