Metal Max Xeno: Reborn Will Release on PC and Consoles in 2022

Celebrate 30 years of Metal Max with this upcoming title 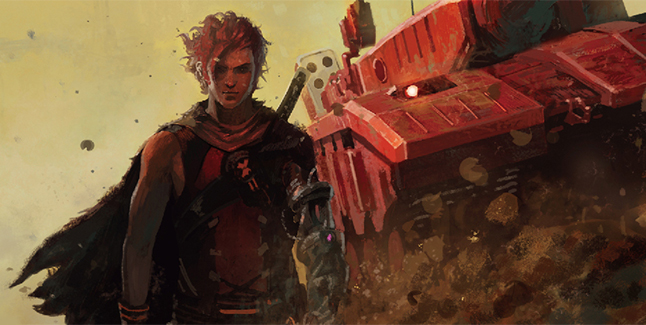 Kadokawa Games and PQube have announced the worldwide release of Metal Max Xeno: Reborn on the Switch, PC, and PS4.

Humanity is on the brink of extinction and the last remaining survivors look to push back against the machines. Half a century ago of war against the mother computer NOA has reduced even Asia's largest metropolis, Tokyo (named TOKIO), to rubble.
Explore this desolate wasteland and battle your way through onslaughts of enemies. Salvage, modify and hit back using tanks, weaponry and faithful battle dog, Pochi, to reclaim a future for the human race!

Metal Xeno: Reborn is a remake of the 2018 title with the same name. While it already had its Japan-exclusive release on the Switch in 2020, this will mark the first time that the game will be available in the West. This also the first time it will be ported to the PC.

Counting the Metal Saga games (which came about because of a licensing issue), this is the fifteenth entry in the Metal Max series. The RPG series launched way back in 1991 and it will be hitting its 30th anniversary this year.

From the get-go, the game looks a lot like Mad Max, but with a special anime twist. Though you do get to roam around a desolate post-apocalyptic wasteland, Mad Max doesn’t come with giant animals, mechs, and colorful waifus like this one does.

Metal Max Xeno: Reborn will be coming to PC (via Steam), PS4, and Switch in 2022. Find more games in our lists of upcoming games for the Switch, PS4, and PC.