Indie Title Forge And Fight! Breaks Out Of Early Access 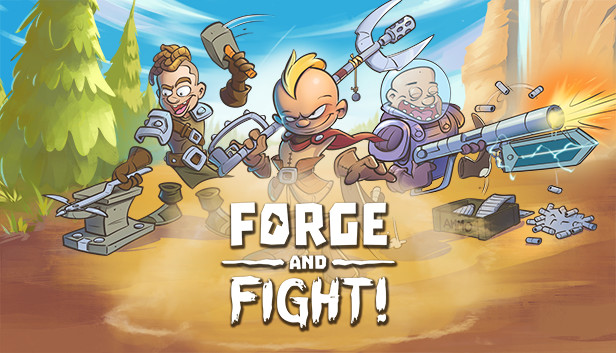 Flamebait Games, the creators of the charming Passpartout: The Starving Artist, readies its latest project as it’s finally stepping out of Early Access this December 2nd alongside a boatload of improvements.

Forge and Fight! is a hilarious online game to play with your friends. As a talented blacksmith, your main objective is to create an over-the-top sword(?) and use it to dominate the playing field. It’s a playground for players who want some casual multiplayer with friends, or to simply hop in and mess around with its massive selection of customization for your weapons.

Now coming out this December 2nd after being in Early Access since September, players will expect a wide range of changes including improved performance, stability and physics. Not only that, players who are itching for some quick duels will notice that the game’s matchmaking system is completely revamped, which instantly finds you a match.

Players who want to try its absurd sandbox can join as the game is available from December 2 to December 6th as part of its launch celebration. The game will then be available at the permanently slashed price of 4.99$/4.99€/4.99£ to make the game more accessible for everyone. In addition to that, players who purchased the game at full price during its Early Access phase can avail the price decrease by simply refunding the game on Steam and repurchase it.