Brothers: A Tale of Two Sons is Getting a Physical Release for the Nintendo Switch

Catch this award-winning game from 2013 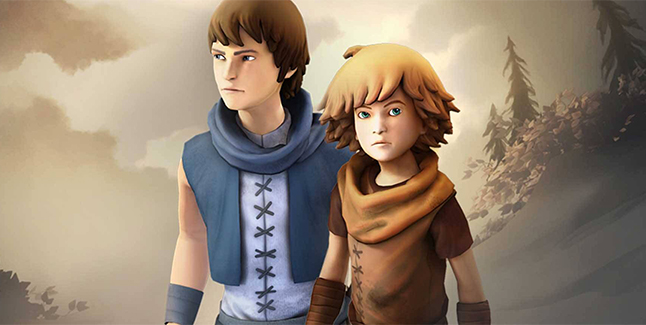 The Nintendo Switch is the latest platform to port Starbreeze Studios’ Brothers: A Tale of Two Sons. Though this game has only been available digitally, it’s finally going to get a physical copy thanks to Super Rare Games.

Super Rare Games will only make a total of 5000 physical copies of Brothers: A Tale of Two Sons. These will go on sale on March 25th at 6pm GMT (10am PT/1pm ET) for about £27 (excluding tax and shipping).

It will include a full-color manual, interior artwork, an exclusive sticker, and three trading cards out of a five-card set. For more information, you can go here.

Brothers: A Tale of Two Sons was a game that came out back in 2013 on the Xbox 360, PC, and the PS3. While the physical release is really for people who are already fans of the franchise, new players should check out the title if they can.

Brothers is an award-winning adventure game and the Nintendo Switch version will introduce an all-new two-player mode! Guide two brothers on an epic fairytale journey from visionary Swedish film director Josef Fares. Control both brothers at once as you experience co-op play in single-player – or team up with a friend through the heartfelt story. Solve puzzles, explore stunning locations, and face off against harrowing bosses. This is one journey you will never forget.

Brothers: A Tale of Two Sons physical edition will be up for sale on March 25. The game is now playable for the Nintendo Switch, PS3, PS4, Xbox 360, Xbox One, Android, iOS, and PC. For more games, find all the PS4 games coming soon, or the best PS3 games.