Skybound’s The Walking Dead: The Telltale Definitive Series is out now!

Thank you, Telltale Games and Clementine. 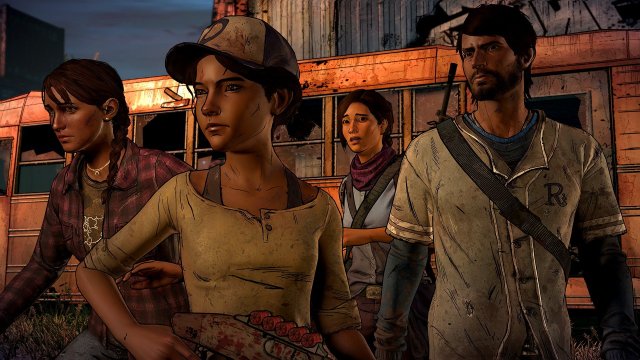 Based on Robert Kirkman’s award-winning post-apocalyptic comics, all the four seasons of Telltale Games’ beloved series is up for grabs and it’s packed into one fantastic box for everyone to enjoy. Experience the story once again and make tough choices that impact the game’s endings and character interactions.

It may be a rough couple of years for Telltale’s The Walking Dead after the company’s unfortunate close. Thankfully, Skybound Games saves the day by acquiring the games and giving Clementine’s story the end it deserved.

In this collection, there are over 50 hours of gameplay across 23 unique episodes, more than 10 hours of developer commentary, behind-the-scenes bonus features including concept and character art galleries, a “Return of The Walking Dead” documentary short, faithful recreations of classic menus, and a music player with over 140 musical tracks.

This Definitive Edition also includes the application across all seasons and content of “graphic black,” an art style that pays homage to The Walking Dead comics and was previously only available for THE FINAL SEASON.

The Walking Dead: The Telltale Definitive Series is now available for $49.99/€49.99/£39.99 as a physical boxed product at retail for PlayStation®4 and Xbox One, as well as digitally on the PlayStation®Store, Microsoft Xbox One Store, and the Epic Games store for Windows PC.