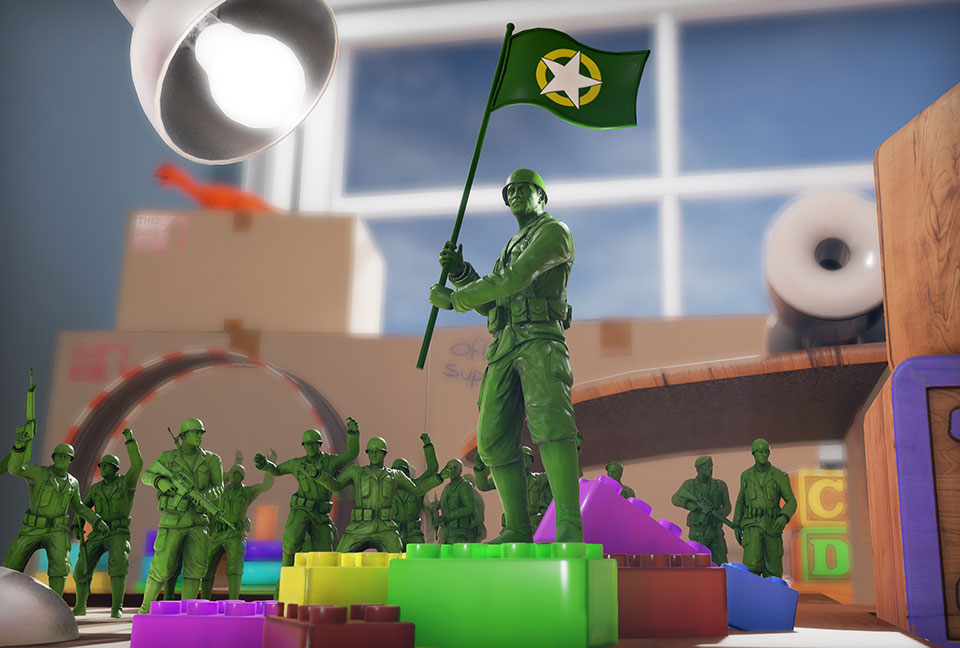 Remember Army Men? It was a game franchise that launched in the 90s that let players take control of green army men toys as they waged war on the battlefield that was a child’s playroom. We haven’t had an entry in the franchise since 2013, but this launch trailer for The Mean Greens: Plastic Warfare may just as well be its spiritual successor.

Here’s the official description as well:

We are very excited to announce the launch date of The Mean Greens: Plastic Warfare on PS4! This action-packed third person online multiplayer shooter was a blast to make. We hope you enjoy it! Coming to digital download on August 5th.

While the game looks like your standard shooter with familiar game modes, The Mean Greens definitely sets itself apart when it comes to the setting. Instead of sprawling cities or futuristic maps, we get to play around different elements of a house, from a bathtub to the kitchen. It kind of feels like a Toy Story spinoff where you get to play missions as the green army men.

This is also just something else I noticed, but the score for the trailer kind of sounds like the music from Marvel’s Ant-Man—a film that deals with a miniaturized character traversing an enlarged terrain.

The Mean Greens: Plastic Warfare will be available on the PS4 and the Xbox One on August 5th. You can find more games in our updated lists of Upcoming PS4 Games and Upcoming Xbox One Games.