Journey To The Savage Planet Releases on the Switch

Releasing digitally on Europe and Asia today, with other region releases lined up! 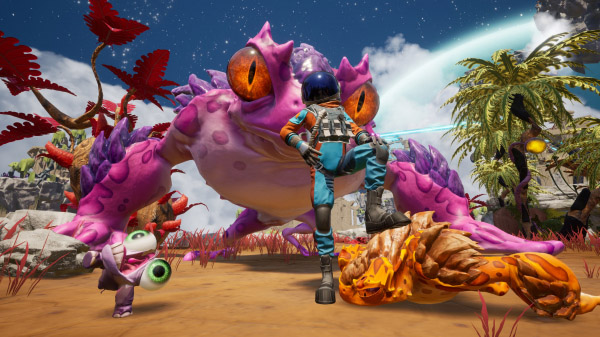 Following its successful release on the consoles, publisher 505 Games has decided to expand the horizons of Typhoon Studios' sci-fi adventure with the release of Journey to the Savage Planet on the Nintendo Switch.

For its May 21st release, the game will be made available digitally on the Nintendo Switch eShop for players in the Europe and the Americas. Russia will have to wait till May 28th, while Korea, Hong Kong and Japan will get their digital release at an unspecified later date.

On the other hand, a physical release will also be available in Europe and Americas on June 25th.

Journey To The Savage planet is an adventure game that lets players explore an uncharted planet. It has earned good ratings on platforms for its co-op features which allows a friend to share in the game's interesting world, and quirky sense of humor.

Journey To The Savage planet is currently available on the PC, PS4, and Xbox One.