Cyberpunk 2077 is an open-world, action-adventure story set in Night City, a megalopolis obsessed with power, glamour and body modification. You play as V, a mercenary outlaw going after a one-of-a-kind implant that is the key to immortality. You can customize your character’s cyberware, skillset and playstyle, and explore a vast city where the choices you make shape the story and the world around you.
Official websiteWikipedia 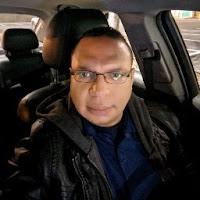 Wow. This is a toughie to review so I'm going to keep it short and maybe add as time goes on.

• Ok gunplay and first person hand to hand combat, but I wish there was a way to more fluidly switch between the two; a fix for that would make up close combat John Wick style badass.

• There's some exploration to be done, but Night City could be so much more. It would be great to be able to enter any building and find loot and extra quests to unlock. Night City feels more like a backdrop and less immersive than it really could be.

• The story is engaging at times, but not enough so to fully pull you in.

• There are occasional difficulty spikes that are absolutely insane and outright impossible to tackle even after you have leveled up to max street cred and have an arsenal of powerful weapons and have mad combat skills.

• This game is glitchy as hell. NPCs will strike odd poses and sometimes you can see them sitting in an invisible car. Matter of fact, I beat Adam Smasher by exploiting a glitch by getting him accidentally stuck Ina spot where I was above him and he could fire, but wouldn't jump up to the next platform.

• The stealth sections are cool and using your cyberware to leverage exploits in the environment is a good idea and oddly enough, this is what Crysis could have used with the Nanosuit and I hope to see it in the upcoming Crysis 4.

• Johnny Silverhand is a cool antagonist, but his storyline could have used a bit more fleshing out early on into it; it was a bit of a jolt and confusing.

• The Series S handles this game surprisingly well. I also own it on PC and I'm impressed with what they did with what resources were available. While the performance dip is noticeable from my 3060 rig in which it runs at a steady 60, it still holds up well and I seldom see it dip below 30FPS, which is definitely playable. I never played it on Xbox One, but I've heard the horror stories and I'm impressed that it actually ran on that console. 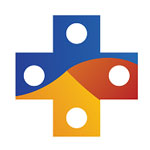 8.00
Grayshadow—Dec 16, 2020
Cyberpunk 2077 is a good game with a lot of positive features. The incredibly layered characters are brilliantly crafted and the visuals, when working correctly, are amazing. Night City is full of activities to take part in and you're given ample ways to customize and build V into your own cybernetic warrior.
Read full review 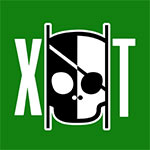 9.40
Graham Cameron—Dec 20, 2020
Cyberpunk 2077 for me is the whole package of what I want from a game like this. Great looking, great controls, great storyline and plenty of choices, content and replay value. This was marked as many players game of the year before it came out.
Read full review