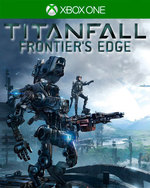 Game Faqs
49 Ratings
7.60
This game has not been reviewed. Be the first to review it!

8.00
Paul Taylor—Aug 04, 2014
Clearly, something needs to be altered here, as both DLC packs are split this way. It's not that Respawn aren't trying - far from it - so the matchmaking options need a good looking at to prevent further fragmentation. Titanfall still feels fresh and wonderful, and with the recent patch there are a few new modes bundled in, and a way to sell and buy Burn Cards.

8.00
Jon Denton—Aug 01, 2014
This isn't game breaking stuff, but it's typically so rare to see players hiding in the dark in Titanfall that it's hard not to get frustrated. Again, this isn't a hugely detrimental flaw, but it's odd to even see such a gimmick in a Titanfall map.
Read full review

8.00
Mike Holmes—Aug 03, 2014
Titanfall is a very good shooter, and nothing has changed in this regard, but we've always thought something was missing, and perhaps that missing factor is the value that free maps would have brought to the table. But, we're not going to cry over spilt milk; it is what it is and there's nothing that can de done about that. At the end of the day the new maps in Titanfall are all decent, and if you're still playing the game, you'd do well to pick them up.
Read full review
See all critic reviews

The Walking Dead: A New Frontier