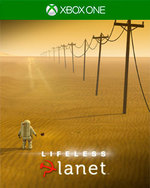 While seeking life on a distant planet, an astronaut discovers an abandoned Russian town. He suspects his mission is a hoax until a mysterious young woman saves him from a strange and deadly phenomenon... Lifeless Planet is a third-person action-adventure that features an old-school sci-fi story and spectacular environments in the spirit of classic action-adventures. After a hard landing on the planet, the astronaut discovers the planet that was reported to be rich with life is instead a barren wasteland. When he goes searching for his crew, he makes a more startling discovery: evidence that humans have already been to this planet years ago! When he comes upon a deserted Soviet-era Russian town, he struggles to make sense of his mission.

Microsoft
2562 Ratings
7.80
This game has not been reviewed. Be the first to review it!

6.00
Tyler Treese—May 13, 2015
Lifeless Planet isn't a bad game, far from it, in fact, but it seems to slightly miss the mark in everything it tries to do. Whether this was due to the title being overly ambitious, or just needing a little more time to bake in the oven, we'll never know. That being said, the game offers a lot of memorable moments throughout its several hour journey. Even if it may be flawed, Lifeless Planet is a game that wanted to do something different and that desire should be celebrated.

8.50
Justin Celani—May 12, 2015
The game had me on the edge of my seat, exploring a planet with wonderful visuals and a mystery I just had to see to completion. Lifeless Planet is an absolute gem. While there might not be much reason to replay the game other than to re-experience the adventure, it’s one experience I won’t soon forget.
Read full review 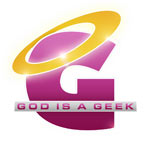 4.50
Jonny Lewis—May 22, 2015
Ultimately, regardless of dev-team size, if a game wants to stand alongside the likes of Ori and the Blind Forest, Kalimba or any one of the excellent downloadable titles available to an Xbox One owner, it has to stand up to the same criticism. Over ambition has killed what is a great premise for a story driven third person game, regardless of its humble beginnings.
Read full review