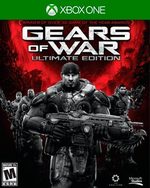 The story of “Gears of War” thrusts gamers into a deep and harrowing battle for survival against the Locust Horde, a nightmarish race of creatures that surfaced from the bowels of the planet. Players live and breathe the role of Marcus Fenix. A disgraced former war hero, Marcus seeks personal redemption as he leads his fire team against an onslaught of merciless warriors from below.

It was better than the original version on the xbox 360. This updated version offers much of the same gameplay but with some new material that I feel is worth to try even if you have played the original game before. 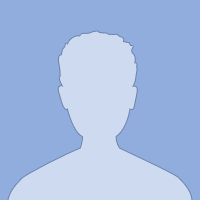 8.50
Jon Ledford—Aug 24, 2015
While Gears' campaign will offer an entertaining (and sometimes frustrating) 5-7 hours of gameplay, most players will get the most out of this remake from its addictive multiplayer.
open_in_newRead full review

8.00
William Schwartz—Aug 26, 2015
Ultimate Edition is a stop-gap in the wait for Gears of War 4, but the multiplayer is still so sound after all these years, that you can’t help but think a new game in the series could move the needle when it comes to console sales. Two years into the Xbox One’s life, Gears of War is still one of Microsoft’s best exclusive franchises and Ultimate Edition hammers this point home like a Locust with a Torque Bow.
open_in_newRead full review

9.20
Sean Engemann—Aug 25, 2015
Gears of War: Ultimate Edition does little to pervert the gameplay formula of the original, as it is held fervently close to the heart by many a fan of the series. Instead, The Coalition takes the template and heightens its controls and visuals to a level that puts other games fresh off the press to shame. It's the same great game you loved nearly a decade ago, it just looks and feels a whole lot better.
open_in_newRead full review
See all critic reviewsarrow_forward

This War of Mine: The Little Ones