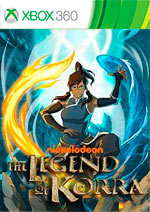 The Legend of Korra is a single player, action-packed brawler, in which Korra’s mastery of martial arts and the four elements – fire, earth, air, and water – can be used on the fly to bolster her combos and counters against foes. Throughout the game, Korra’s polar bear-dog, Naga, will aid her in high-speed traversal segments. The game also brings to life the series’ competitive sport, Pro-Bending, in which teams of three use the elements to fight for territory in an arena.

Jeuxvideo.com open_in_new
1 Rating
7.50
This game has not been reviewed. Be the first to review it!

2.00
Tamoor Hussain—Nov 12, 2014
The world of Avatar is so rich and interesting, which makes the thought that somewhere out there someone may try this game as an entry point into the series actually distressing. If you're reading this we just want you to know that this game does not represent what Avatar is, watch the first series of The Last Airbender, for the love of Aang. And to the rest of you: do not buy or play this.

6.90
Andrew Otton—Oct 26, 2014
The Legend of Korra cuts corners in pretty much every way possible. The basics for interesting combat are there, they just need to be polished and have more variety. The visuals are neat in some areas, but again, need the final touches (as well as more original content unique to the game). The music is great, but taken from preexisting assets. And the story, the story just rehashes much of what we have all seen in many different forms in the past, including The Legend of Korra television show.
open_in_newRead full review
See all critic reviewsarrow_forward