Set in a futuristic utopia, an elite peacekeeping force thwarts the rumblings of civil war. But deception within the ranks has caused two members of the most feared unit, Dead Echo, to strike out on their own. When their latest space piracy venture heads south, Grayson Hunt and Ishi Sato narrowly survive a crash landing on the abandoned paradise planet of Stygia, now stranded they find themselves surrounded by hordes of mutants and flesh eating gangs. Gray and Ishi survive on two objectives; get off the planet alive and exact revenge on the man who sent them there. Taking the role of Grayson Hunt, players wield an arsenal of over-the-top combat moves and some of the most uniquely innovative weapons ever seen in a first person shooter that all feed into Bulletstorm’s™ distinct ‘skillshot’ system; a combination that produces unprecedented levels of frantic gameplay. Unleash the Bulletstorm™! 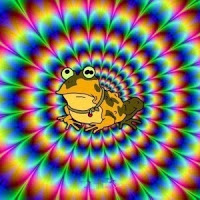 8.60
Game Trailers—Feb 22, 2011
Whether Bulletstorm is a parody of other action games, a celebration of gaming's collective macho stupidity, or both, it works out pretty well. If you can make peace with the ridiculous vibe, it's almost a sure thing you'll have fun with it. It doesn't have the legs to sustain it for months, so you might want to approach the game as one of its characters would approach a leather-clad Mad Max reject: wham, bam, thank you, ma'am.

9.00
Nick Chester—Feb 22, 2011
With Bulletstorm, Epic and People Can Fly not only succeed at delivering the “bigger” and the “more,” but bring with it a gameplay slant that makes it a one-of-a-kind experience. Yes, it may be brazenly outrageous and juvenile; be prepared to check your “Serious Business Adult” card at the door. But lurking underneath is a seriously fun, novel take on the first-person shooter genre that shouldn't be ignored. Just make sure you don’t “play it wrong.”
Read full review

9.00
Randy Nelson—Feb 22, 2011
It's been a long time since I've grinned as widely while playing an FPS as I did with Bulletstorm. It's a vulgar, violent and supremely gung-ho experience obviously created by some slightly mad people who really love the genre. I suggest you turn up your sound system, forget about your military FPS training and settle in for some good old fashioned killin'.
See all critic reviews