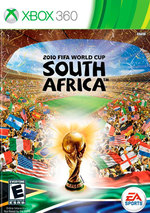 2010 FIFA World Cup South Africa will feature all the emotion and passion of the fiercest national rivalries battling on the world's biggest stage, with all 199 national teams that took part in qualification, all 10 official stadiums to be used in South Africa and stadiums from each qualifying region. Gamers will be able to play as their home nation from qualification right through to a virtual reproduction of the FIFA World Cup Final and feel what it is like to score the goal that lifts a nation. Everything fans love about the World Cup will come to life in spectacular detail, including confetti rain, streamers, & fireworks—just like the official tournament. 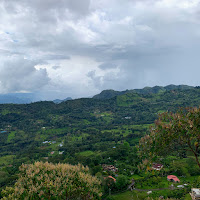 8.30
Nate Ahearn—Apr 26, 2010
It has many of the frills that you'd expect from a World Cup presentation, even if a few of them are more annoying than not. The advent of things like Two Button controls for all of our mothers and fathers to play with is cool for the casual players, but the lack of customization for hardcore soccer fans is a real disappointment. If you enjoyed FIFA 10, I'd say that this one is certainly worth a look. If you don't think the soccer will blow your mind, just wait until you win the World Cup. It's something truly special.
Read full review

9.00
Wesley Yin-Poole—Apr 23, 2010
If you don't own FIFA 10, and are looking for a football video game to help fuel your World Cup fever, then you should absolutely buy this game. If you own FIFA 10, and are considering buying World Cup, then you need to work out just how big a football fan you are, and whether you can see yourself sneaking in a quick game during half time, or hosting a tournament when you get home from the pub after a boozy night spent celebrating/drowning your sorrows with your mates.
Read full review

5.80
Jonathan Marx—Apr 27, 2010
It pains me to say it, but this game's weak. This is essentially the movie tie-in of sports titles; about as interesting and worthwhile as games fashioned after the Olympics or the X-Games. There is no reason why this shouldn't have been relegated to a premium add-on through the FIFA Store. If EA wanted to charge full price, then they needed to deliver a meaningful, lovingly-crafted experienced.
Read full review
See all critic reviews