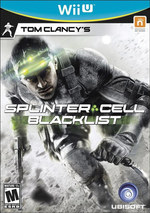 The United States has a military presence in two-thirds of countries around the world and they have had enough. A group of terrorists calling themselves The Engineers initiate a terror ultimatum called the Blacklist - a deadly countdown of escalating attacks on U.S. interests. Special operative Sam Fisher is now the leader of the newly formed 4th Echelon: a clandestine unit that answers solely to the President of the United States. Together, they must hunt down The Engineers by any means necessary, and stop the Blacklist countdown before it reaches zero. 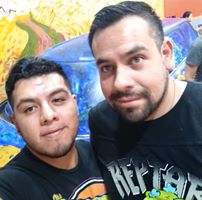 9.20
Ryan McCaffrey—Aug 14, 2013
Splinter Cell: Blacklist is a sweet middle ground between the Panther-like action of Conviction and the Ghost-like stealth of Chaos Theory. The delightful improbable success of this compromise is a testament to game design that always has choice in mind. It’s well worth replaying the campaign with an alternate playstyle, a different set of preferred gadgets, and/or on Perfectionist mode. And, like the series’ Chaos Theory peak it can’t help but be compared to, Blacklist’s also packing a pair of multiplayer modes that could stand proudly on their own. Splinter Cell is back on the right shadowy track.
open_in_newRead full review

9.00
Jason Dulin—Aug 27, 2013
Overall, I absolutely loved Splinter Cell: Blacklist. The graphics looked solid, the audio was amazing, and there’s just so much do to that sometimes I find myself taking 5-10 minutes just trying to figure out which mode to start! The upgrades and customization is also something to marvel at. It truly reminds me of Mass Effect 2, where you not only customize your characters armor and weapons, but you can even customize your aircraft. Ubisoft has done a fantastic job bringing the Splinter Cell series back to it’s former glory.
open_in_newRead full review
See all critic reviewsarrow_forward

The Legend of the Mystical Ninja