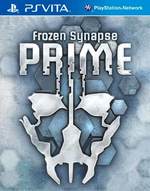 Take on the role of Tactics, leading a small rebel faction to overthrow a powerful corporation controlling the city of Markov Geist. Control an elite strike team of futuristic soldiers from shotgunners and snipers, to grenadiers and machine-gunners in the ultimate turn-based strategy game. Plot paths and issue orders to your units, test your plans and predict your opponent in each turn. Combat plays out on procedural, 3D, destructible and customizable battlefields.

Game Faqs open_in_new
21 Ratings
7.76
This game has not been reviewed. Be the first to review it!

8.00
Paul Murphy—Sep 26, 2014
At times it can be extremely frustrating, especially early on whilst you adapt to what is needed to succeed and for the controls click, but when you do get your head around it the game becomes that much more enjoyable as you plot your paths around to victory. Much of the joy comes from out-thinking your opponent and when your unorthodox path around the arena catches the opposition out and yields a well though out plan. The game is reliant on a lot of luck, but perseverance and shrewd scheming really becomes satisfying.
open_in_newRead full review

9.00
Alex Stinton—Oct 01, 2014
Frozen Synapse Prime is a seriously addictive handheld title that’ll keep you coming back to tweak your plans for just one last sortie. Before long, you’ll have lost hours directing your troops and listening to its superb soundtrack, and while some will lack the patience to tackle the more diabolical campaign scenarios, the skirmish and multiplayer modes will keep any armchair Generals firmly in the frontline.
open_in_newRead full review

8.70
Scott Butterworth—Sep 30, 2014
Prime’s simultaneous turn structure makes for a tense experience that’s both intelligent and rewarding. It deftly avoids the tedium that can sometimes plague strategy games, but still provides incredible depth for those with the patience to enjoy it. Find some friends, create some matches, and embrace a thinking man’s mobile tacitcs game.
open_in_newRead full review
See all critic reviewsarrow_forward