9.58
playscore
Switch
The Legend of Zelda: Breath of the Wild

Not gonna lie, I have a bit of a sweet spot for the melodrama of Life is Strange games. I previously only played the original and had some mixed feelings on it, but I still can't deny, that the game was a blast. After seeing True Colors announced on a Nintendo Direct, I knew I'll have to give it a try on no other basis, than it's a new Life is Strange game.

Anyway, here's a rundown of my opinions:

-Graphics are mostly good. The character models aren't the best I have seen in a story-driven game. I definitely prefered the cel-shaded comic book characters of Tales From the Borderlands and the facial captures in Until Dawn were more impressive, but they still do their job fine. I did love the ambience of the small mountain town, that is Haven Springs. It's just a joy to walk around the various colourful areas the town has to offer.

-Gameplay is comparable to the original, if not slightly worse. Fans of the franchise are probably already aware, but Life is Strange loves to switch things up by coming up with a new gimmick for each new installment. The original had time reversal powers, in this one you're an empath, who can sense and affect other people's emotions. While a cool concept to switch things up in terms of story telling, empath powers just aren't as impressive in a video game as time reversal (well, unless they'd do it more like Psychonauts) and usually just result in you having to find some poorly hidden objects the character you are trying to emotionally impact has emotional ties to Psychonauts style, then use them as a hint to get to the next step of the pretty straight-forward and barely challenging puzzle. So yeah, the story-telling might still hook you, but in terms of puzzles the game just hands you the progress on a silver platter.

-Gameplay is not just story-driven listening to dialogues and looking for emotional clues to solve the puzzle. The game occasionally tries to mix things up with different forms of mini games. The game features several arcade machines, which allow you to play classic 8-bit style games on, a chapter 2 segment makes you play 3 rounds of table football and the larping level of chapter 3 features classic Final Fantasy turn-based combat.

-Given that this games' theme is emotions, the characters come up on top when compared to the original. A tragedy that befalls Haven Springs at the end of the games' first chapter permeates the characters moods in the otherwise idyllic mountain town and quite a bit of pretty cool characterization is born from it. Also gotta give credit for doing something interesting with the main character, as opposed to the original, where the main character was initially a bit too blank slate when integrated in the overall story.

-The story is quite interesting, even if I have to admit, that the resolution was not my cup of tea. People might also take issue with the quirky millenial dialogues, that are present in the early parts of the game, but diminish as the game progresses as well as the idealistic "millenial" sense of justice, that becomes a bit of an issue for the main character when the game starts climaxing, where I really just felt like the characters didn't bother thinking their master plan through. I could also comment on how the town is like an escapist little hipster idyll packing a record store with all the obscure indie records your heart desires, a larping community, where the whole town cooperates and a hemp store with the main character happily exclaiming, that weed is legal now at one point.

Anyway, game is good if you are into story-driven games and don't mind the quirky attempts of the game trying to capture their target demographics sentimentalities.

I'd say it's a decent action football game in the end.

The gameplay works well for the most part, Having to crack down the goalkeepers guard in order to score goals, as well as the over-the-top cinematic individual skills characters have are the two major things seperating it from just feeling like a FIFA clone.

Quite a bit of love was put in assembling the playable teams and getting the characters from the anime & manga right, which is also a plus.

One of the dividing elements of the game might be the story mode, as it's quite bloated with source material fluff. Perhaps the anime/manga fans will appreciate the faithful inclusion of character arcs into the story mode, meanwhile people just coming for the soccer will likely cringe or laugh at all the stuff that somehow made the cut into the game and gasp at just how long these dialogue-based scenes drag. For example: Did you expect to get one of the one-off oponnent's star players to have a whole love story told on the side of your football game in a story mode, which presents itself as the story of Tsubasa, the main character? Or how the game keeps putting pressure on the player by emphasizing the injuries the main character suffers throughout the tournament, yet have it not affect the game at all? Yes, stuff like that is in the game, because it was in the anime/manga.

Additionally, I also miss tables and brackets. The story mode feels like a scripted sequence of matches and fair enough that's exactly how it's supposed to be, but having played FIFA I would still welcome some window of visualization, that would help me better understand the stakes and standings of this tournament, which is so important to these soccer players, whose team I am a part of.

The story mid-match scripted events are a nice addition to promote player immersion, but given their unskippable, they will drag, if you for some reason need to replay the same level again.

The New Hero story mode has some nice features, which are absent in the Tsubasa Story Mode. You get to create your own player and power him up via training, while also bonding with other players. It's a nice bit of extra effort to keep the player engaged for a bit longer, but it again suffers from feeling too much like a scripted sequence of matches. I feel something like an open world or atleast hub world could work better than a pre-programmed sequence of events.

Graphics look decent enough. Character models look about right. There are no glaring flaws in terms of animation. Cinematic abilities look pretty good and are nice accentuations to add to the player's immersion.

Played PS2 version, but there was no entry.

Played it on PC and PS2, but found no entries of those versions. 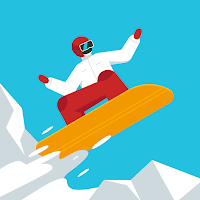 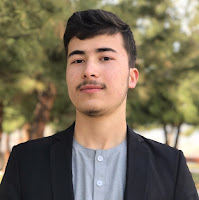 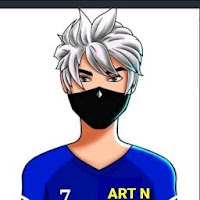 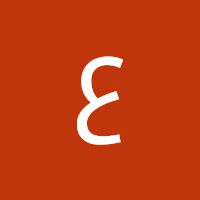