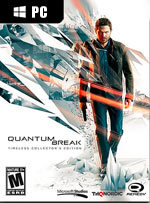 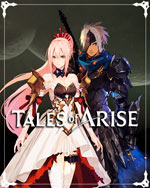 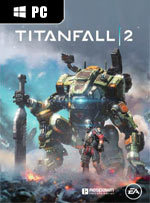 When Iceman went to his university to meet his old friend Littlefinger, they were just to test their new invented toy with the help of his brother Merry until all went to shiznits. Oh, and also there's the Hotel manager.

-     The story is fast and straightforward/linear. Although there are certain times that you have to choose for the future of your characters, it is only just an illusion, there is no beating around the bush. Obstacles are easy and fun.

-     Had fun finding collectibles and upgrade points. Reading the documents gave me more insights into the story.

-     The controls are fine not until you are in a gunfight. The accuracy of the weapons sucks but still, you can defeat your enemies by using your “Time powers.” Stopping time while firing it with your bullets, then you got an instant shotgun.

-     There is no crouch button, your character will automatically hide when you needed to (not like “The Division” series if you know what I mean). The bad thing is, sometimes it is faulty and makes your character stand up, therefore, getting hit by your enemies.

-     Congratulations, you have won your first gunfight. Walk through the dead body of your enemy and you will notice you are fighting a dummy all along.

5 years from its release, this game is still worth playing. The story is great and has a movie quality aside from the actors and actresses are known. I bet other game developers had taken notes from this game by the time of its release.

This game shot in me in the face, hits on my core, lie down on the floor while trying not to cry... cried a lot. Seeing these young protagonists venture into hostile environments triggers my nearly depressive state.

The story is captivating and has a cinematic soul based on old century France. The characters' traits are notably ranging from their strengths and their weaknesses. Watching the cutscenes are worth spending time on for a more in-depth understanding of the story.

The gameplay hits the spot where it's faithful to its characters makes it grounded and realistic. A fifteen-year-old female caught by an adult aging from 25-40 years old with a sword, spear, shield, and bow will put you in sleep and never wake up again. Be careful when entering new areas. I strongly suggest that try to clear it first before advancing and gather resources as much as you can. I believe that I enjoyed strategizing when going through obstacles as well as managing my resources. There are some chapters of the game that will let you choose what path you're going to take to finish the course.

In my opinion, the only thing that makes the game difficult for me is when I'm with the child Hugo. How can I leave a five-year-old child in the bushes while dealing with soldiers until he throws a tantrum and panicking? Then here comes "Mr. Die A Lot" again until he controls the rats I finally found some use in him.

The game's graphics quality and design along with its soundtrack raised my goosebumps. It gave me the gist of the black death that conquered Europe where rats reign. But what I loved is the game will let you understand that even in darkness, disease, famine, corruption, and death, there is still a glimpse of hope that shines.

I'm a small-time gamer preferably RPG, open world, FPS practicing on writing gaming reviews. Please do comment/criticize my works so I can improve. Thanks!

This is when stormtroopers ride Koubu (Sakura wars mech) goes to Planet P (starship troopers) to make war. A whopping 63 gigabyte for a 7.5hrs campaign gameplay. I didn't bother to play the multiplayer since this is a 5 year old game and their servers got a recent DDOS attack.

Yeah, it's a bit short if you focused on the RPG aspect of the game which they could have put some twists or could have visited other planets added from DLC's. The game's graphics and the environment details are great. There is no map or mini-map displayed so the only thing you could depend on is the enemies. Wherever the enemies are, then probably you should go there and kill them all. Blood splatters and gore adds more realism to the game which makes a lot of sense, like what would happen if you were gunned down by a high caliber rifle equipped from a 7-10 meters mech?

It is challenging and fun. It didn't stress me even if I died a lot from traversing obstacles (walls are your friends, not your enemies) and being KIA in Titan battles. The movement of the character and the Titan didn't bother me since their speed is just right. You can also have an option to adjust to auto-sprint so you can let your left shift key be alone for the moment. Pressing and holding 'Q' affects my gameplay while riding in a Titan to lock missiles or awaiting the right moment to use a titan skill.

Overall, It's a good game but not 2-5 years later. Since it has a multiplayer and it is short-lived due to its servers and can be shut down if no more players. I could've rated this higher if they made the RPG aspect much longer.

This game gave me both fun and pain in the ass, or maybe I am just a noob to this batman game. A great storyline for the finale of the Arkham series and I say, this is not your typical RPG game that spoon-fed you every time your on a mission. Lucky you there are bunch of guides scattered around the internet.

I find difficulty on controls when using the grappling hook. This might throw you somewhere if your not paying attention to it specially when in combat. Then comes the "Panic attack" that will lead you to death and restart the mission that you are trying to accomplish. Controls in combat compels you to memorize the buttons both keyboard+mouse and gamepad but satisfying when creating combos and finishes. It's an eye candy seeing villains and thugs suffers from a final punch and kick from Batman. The Batmobile seems okay (like playing GTA on a dark rainy Gotham) but it sucks when playing Riddler's race missions, or maybe I am the only one who suck at it.

Map clearing and puzzles looks a good addition to the game making Batman faithful to the character as the detective of GCPD. Yeah, The Riddler only do this to you, making your brain requires more glucose to make it work. Oh well, there's the internet! ready to answer all your queries for your convenience.

This game is 6 years old and still a great game to play with. A game made ahead of its time. Long live the Bat!

A great game for FREE! An open world with tons of characters and team combinations. Updates every 6 weeks for new storylines and events. Whenever the community loved the event, they'll surely repeat it in their future updates. They also conducts surveys every version they release to gather feedback from the players which is a good thing, people has always a chance to speak up, rant, or praise for the development of the game. In my opinion, the downside of it is they subtly power creeping characters to make the people spend money on the gacha system. But overall, if you are into exploring, hunting treasure chests and doesn't mind the toxicity of the community, then play this game. It's FREE!

I am new to this division game and I never played the first one. Can I say its like Uncharted but minus the story? Plus the perks, customizations. Seems ok to me, except when doing melee attacks is like offering yourself to "Death". There are times that I want to do a stealth kill but this game won't let me. Ubisoft said this is ain't assassins creed. I played it both on controller and mouse+keyboard and the latter still wins. After 80hrs of gameplay, I noticed that this game is kind of demands a lot from the player, like spending more time. Making the player grind and stuff for unlocking apparel cache keys, field proficiency boxes and specialization quests. Overall, its a good game but not after you done all the stuff it has to offer. Maybe the are some people who can endure and enjoy the environment of the game but if you are finding a game to get relaxed?, no this will stress you out! LOL

This game is as good as watching a movie with a bit of action at your fingertips.

This game takes me back to classic turned based rpg with a twist. The game and art designs are good and ofcourse with a compelling story.

One of the best games I've ever played. 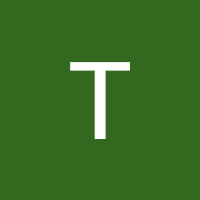 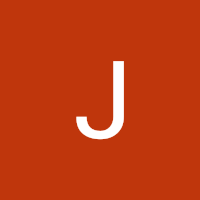 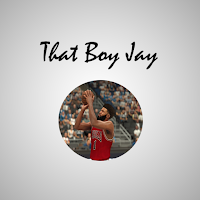 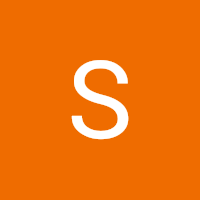