First, this game is just fun. Doesn't take itself seriously and yet it's not overtly goofy. The gameplay is getting in the others face and swinging sharp and heavy objects at the others heads and nether regions. The sound effects when you land a crushing hit with the maul is satisfying, and so is the feeling when you throw a live chicken at an enemy for a kill.

The gameplay is smooth and sometimes frantic when you're fighting multiple people. It consists of counters and parries mostly, all the while trying to land that devastating overhead smash.

The main complaint I have at the moment is the limited things to do AT THE MOMENT, there is about 6 different maps. Three of the maps are focused on objective based gameplay where the players either attack/defend and move a caravan/stop caravan etc. While the other three are for strict team death matches which is pretty just a fun mosh pit of death. Yes there are only six maps but I haven't tired of playing them yet.

Final words are these: this game is fun but needs a few more things to do to keep the player base.

Roguelikes are having a renaissance at the moment and Returnal helps gives the genre a bigger budget title. The atmosphere is pretty haunting in some areas. The gameplay is fast and frenetic, smooth and supple, heavy hitting and hardcore. The storyline is pretty good too which surprised me, especially the twist in the game you will see as you get through what you think is the end.

If there is anything to really complain about it would have to be the weapon pool, out of the 8 or 9 guns, 2 of them are pretty useless. With that limited pool and the random chests means you will be stuck with one of them sooner or later. But other than that minor complaint, Returnal is a great game to add to the small pool of PS5 games. High replay-ability and great pick and play title. Still knocked off a few points in the score for having to pay $70 for what felt like a normal length game though.

I love the Zelda series, therefore I am quite biased with anything from the series. The pure openess of the world, from the freezing mountain peeks, to the arid desert sands, to the cool and Michael Phelps infested Zora domain, and the ever decimated and long decrepit hyrule castle. I do sort of miss the classic dungeons and their new item oriented puzzles, but the shrines and sacred beast dungeons could be completed in a myriad of ways, in some cases that were downright hilarious.

Finding shrines and upgrading your sheikah powers were fun and rewarding. Although I was't too much a fan of having to hear, "ya ha ha! you found me" however many times just to hold another glass cannon of a lynel club. I also gotta say, I am no fan of the durability system, I would have been giving a 10 out of 10 if instead they implemented an upgrade system where items would not be destructable but would get weaker from repeated uses and needed maintenance (like sharpening dull blades or reforging iron clubs), and could be upgraded for increased damage and sharpness. Furthermore, there should be a armor set switcher function, for when I'm climbing I don't want to have to go through the entire inventory to pick out what I need and then reverse it when I finally clamber up the cliff.

The world of BOTW feels more lived in than any other title, and gliding around taking in the scenic vistas was just a treat that can't be beat. I would recommend this game to anyone and anything...but I would do that for any Zelda title. I also like that Zelda was more of a fleshed out person in the game, and hope to see more of her in BOTW2.

This call of duty feels a lot more arcady than past titles... considering the last title they released in their annual COD schedule. The gunplay is like all COD games, strong and sturdy. The story the campaign is trying to be heavy and serious but doesn't quite stick the landing. The multiplayer is really where people's interests lie, and with constant annoying rebalancing of weapons, having to pay for endless season passes, the multiplayer in this version feels like a step down from the previous title.

It's a game that easily fits into the Call of Duty family, a solid entry, but as I have tried most of the CODs I gotta say I'm getting a little weary of the series.

This game series really needs new life breathed into it.

When the PS5 was announced, this game was pushed to the forefront. When the game actually came out it was... just very middle of the road. I give it good scores for it's graphics and the way the colors flare when attacking and using skills. But when you get down to it it's an action rpg that is fine to pass the time with but doesn't break any ground.

Wait for it to go on a 50% sale or more and you won't regret your purchase too much. The action is fast and fluid, the story is heavy and cheesy, the game is all in all pretty forgettable but fine to add to your library but not at full price.

It's a mainline pokemon game and it doesn't do anything really fresh. If this is your 2nd or 3rd title of the series you've played then you will have a good time with it. Alas I have played pretty much every title and as much as I like amassing an army of Pokemon to mug strangers who meet my gaze... the routine has gotten stale by Pokemon X and Y.

But hey, if they take the approach of "if it broke don't fix it," fine fine fine, it's a good game. In a few years they'll give us GALACTAMAX pokemon and my lvl.100 Bidoof will dwarf planets.

I'm just a little tired of the slight gimmick changes with every new installment. No real risk trying something far and away new, and therefore no real reward. All in all, it's something to pass the time with enjoyably but nothing I'll remember.

I have played the original pokemon snap and it is one of my dearest memories from childhood. After having played the literal named New pokemon snap I have to say it's a nice and relaxed game.

Although, after the nostalgia eyes have dried out and I see the game more clearly. I wish they added a few more "New" features, like the player could still capture or befriend a wild pokemon and could use their abilities/moves to get different reactions on camera. Or the player could see the map beforehand and trace the path they will take in addition to preset tracks.

This is not to take away from the fact that I truly do like the new game. A spin-off long thought dead is now in my hands and its got all the same charm and simple fun as it did when I was younger (even though I seem to be a pitcher whipping apples at everything more so than the original). I love the snap games and this is a fun new entry.

On a different note... I have recently thought of a new theory. Back then early 1995-2010 there were fewer games that I was interested in. So therefore I was sort of forced to put more time into select titles, and therefore I was more invested in the world and growing the feeling of wanting to see the end. But now, with an ever growing backlog of games for every taste and pleasure, I find myself finishing less and less games and skipping dialogue or cutscenes because I feel I have to get onto the next one (assassins creed is guilty of this). Just back when my library was just zombies ate my neighbors, ocarina of time, donkey kong country, and a few others, I soaked up every piece of lore and information they gave. Just my own personal opinion, don't shoot me with a BFG.

The Assassins Creed series has taken the stance, "if it ain't broke, don't fix it." I have played all the mainline creed games and I know what I am getting with every single one. I mean that's the general idea of a series. Although, I went from assassin's creed origins and odyssey to valhalla, and I was weary already during origins.

The worlds that the assassin's creed series build are nevertheless beautiful and vast, but the core gameplay and objectives have gotten stale for me personally and would dearly welcome a big change in the series. Not even going to go into the microtransaction part... 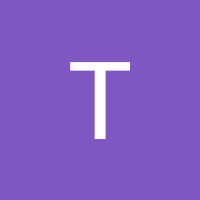 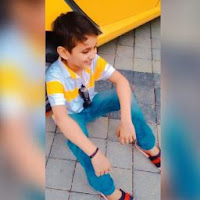 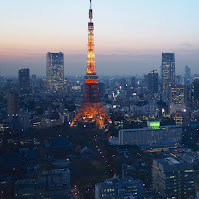 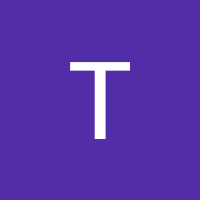