Moonshot is a cute physics game where you help the moon reach his home planet and capturing stars along the way. It uses the same tried and tested 'gravity' mechanics so common in games of the same genre. An added layer of complexity comes in the form of multi-planet systems, blackholes, and other planetary bodies that can affect a system's gravitational field.

In the end, it's a really simple and familiar game. It's easily forgettable but good for enough for quick arcade session.

I used to play a lot of Galaga on the FamiCom when I was young. So when I saw this "reboot", nostalgia kicked in. What an utter disappointment. I know that my memories are distorted but this game is nowhere near the original. The least they could have done was make it entertaining. IT ISN't. Worse is that the visuals aren't even that good. If there's one redeeming quality of the game is how easy the controls are.

Conclusion: If you're in it for nostalgia, you will be disappointed. But if you're only looking for a game to pass a couple of minutes, this one is good enough.

In the mood for other video games, that is.

The last rogue-like game I played was Binding of Isaac; that was years ago. I'm not a big fan of the genre because of the lonesome repetition. While the excitement of successfully clearing levels can be stimulating, it wears off quickly.

Hades presents a middle-ground. It keeps the ‘randomness’ of roguelike and borrows elements from rpgs. First thing of note is that it’s not as punishing as other rogue-likes I’ve played. Your escape attempts progress the story, weapons can be upgraded, you can unlock level-ups, and a lot more. Best of all, all these design decisions make sense because of the characters, setting, and story. There’s a weight to your attempts.

On the flipside, it can still be repetitive after a couple of attempts. Hades isn’t the game to sit through the whole day and night. It’s the perfect game to take in small doses. And after a few runs, you’re fired up to take on a different adventure… on a different game.

My Time At Portia

This is, by far, my favorite action game on the PC. The game's magic system and its use in combat is fun. The difference in approach when you're playing the murderous Corvo versus pure stealth makes it high replayable. If only the game's story and pacing were better, it could have easily been among the best of all time.

I played Diablo 3 when it was first released. It was okay and after finishing the game, I ditched it.

A few weeks ago, Eternal Collection was on sale and a friend gave me a copy of it. Playing it now, the game does feel more fun. The mechanics are largely the same. This time, though, it feels more like Lord of Destruction. Not as dark but closer to how I remember the LoD.

There are several things to consider. Even with the updates, it's still an old game so it doesn't look as good as newer ARPGs.The campaign is just the 'tutorial mode', the real fun starts after you finish it. To get the full experience, buy the Eternal Collection.

If you're planning to get it. I don't recommend buying at full price; wait until it goes on sale.

Reviewed a game
Apr 6, 2020
PC
Mount & Blade II: Bannerlord
6.00
VERIFIED
Bannerlord is very much an Early Access game. It would be an understatement to say that it requires a lot of polishing. I've had trouble playing it having been plagued with memory errors and the occasional freezes. Despite all this, when it works, it really is a fun game. Combat and weapon is weird but may be the best among comparable games. Troop control works but the lack of an in-depth tutorial makes it confusing at first few tries. Who is this for? Those who love knights, medieval combat, strategy, and cavalry charges. Who is it not for? Those who are looking for a polished game. It's still on Early Access, after all. *Note: I will continue to update this review with the game's progress.
Reviewed a game
Mar 25, 2020
PC
SWAT 4
9.00
Among my circle of friends, I was the only one playing SWAT 4. This was understandable considering that in 2005, Guild Wars, Call of Duty 2, Civ IV, AoE III, and more were released. What SWAT 4 offered something unique that you don't find in other games at the time: 'realism' and a slower pacing. It required planning and proper execution as mistakes often lead to a failed mission. Now that we're in the age of remasters/sequels and repetitive shooters, it's one of the few games that I hope gets a sequel.
Rated a game
Dec 16, 2019
Switch
Celeste
8.00
Rated a game
Dec 13, 2019
PC
Guacamelee! Gold Edition
7.50
Rated a game
Dec 13, 2019
PC
Celeste
8.00
Reviewed a game
Oct 30, 2019
iOS
Space Pioneer
8.00
This is a good time-waster. Battle sessions are short and there's enough progression to keep you engaged. Voxel-based visuals look good on small screen; it may be better on tablet. It comes in-app purchases. The items offered are almost pay-to-win. Ive seen +armor and +damage.. but (i think) you can grind your way to getting them. Note: I'll continue to update this review as I play more of the game.
Rated a game
Oct 11, 2019
X360
Torchlight
9.00
Reviewed a game
Oct 4, 2019
PC
Guild Wars 2
8.00
Guild Wars 2 is a game best played with friends. I spent hundreds of hours exploring its expansive area, grinding for gears, and completing events. It was fun... then the number of active players slowly decreased. I still play it from time-to-time but it just wasn't able to keep its playerbase. Too bad. With news of layoffs at ANet and the recent departure of Mike O'Brien, the chances of GW2 ever getting back the numbers is slim. Too bad.
Rated a game
Aug 10, 2019
PC
Endless Legend
8.90
Reviewed a game
Jun 12, 2019
PC
Sid Meier's Civilization VI
7.50
VERIFIED
CIv 6 without the DLCs Rise & Fall and Gathering Storm isn't worth getting. It's playable but it's lacking in many aspects. So if you plan on getting this, be sure to include the DLC packs. Otherwise, get Civ 5 instead.
Reviewed a game
Jun 6, 2019
PC
Spec Ops: The Line
7.00
VERIFIED
It's been cited as one of the more interesting shooters in the last few years. Indeed it is. The setting, the chaos, and the mystery are among its best qualities. I played more than 20 hours of it. Unfortunately, I had to deal with a lot of crashes that started after a significant game update. It started failing mid-game, at first, and after a few more tries, the game became unplayable. All-in-all, the game may be good but the technical issues I encountered with it kept me from enjoying the whole of it. (Still waiting for another update, if it ever comes.)
Reviewed a game
May 22, 2019
PC
Game Dev Tycoon
6.00
VERIFIED
It's a simple, straightforward management game. Once you figure out the formula to successful releases, you can just reuse it. I wish there were random events that affect the gaming market. That would have increased the game's replayability.
Reviewed a game
May 22, 2019
PC
Dawn of Man
7.50
VERIFIED
This is part Civilization, part Banished. The Civilization part of it is the technology progression, the Banished is the rest of its gameplay. It's a bit crude, the UI needs polishing, the guide is not that clear, among many things. With succeeding updates, I have no doubt that it will continue to improve. Give it a try if you enjoy these types of games, you won't regret it. But if you're looking for a more polished management game, better wait or look somewhere else.
Reviewed a game
May 22, 2019
PC
Banished
8.00
VERIFIED
I spent about 30 hours playing Banished. It's one of those games that you play when you want to relax. It's not really that hard to get into but can be quite challenging as your village grows. If you're looking for a game with some kind of a tech tree, try Dawn of Man.
Reviewed a game
May 22, 2019
PC
Divinity: Original Sin II
9.00
I haven't played the first game but you don't have to. Divinity: Original Sin II is one amazing RPG. It's a revival of the classic RPGs I used to play when I was younger. There are nuances to skills and fighting styles and the amount of content is just staggering. Getting the hang of it (learning curve) is a bit steep but you'll be rewarded when you reach the top.
Reviewed a game
May 22, 2019
PC
Dota 2
8.50
VERIFIED
The game itself is a lot of fun especially now with the "Turbo" mode. It's the community, however, that's a bit hit-and-miss. One game you're playing with a good team, the next you get dumped into a pile of garbage.
Meet Gamers 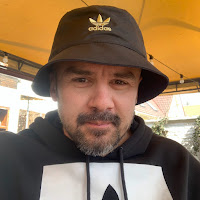 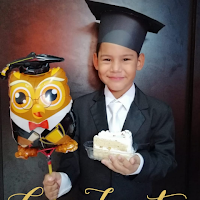 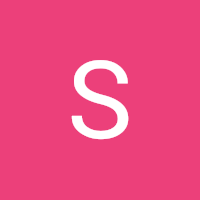