I was really hyped when the game came out for the Wii in 2011 but I never had the money to buy it because I was a high school student. When they announced the remaster I felt the same hype of 10 years ago.

When I started to play it I got frustrated, because I wanted to play the entire game with motion controls to have the same experience of the Wii, but the motion controls are super inconsistent. The frontal stab works well 1 of every 10 times and that made fighting skulltullas and the third boss A HELL of a time. The shooting and the diving mini games were also a torture so I gave up and switched to pro controller mode to beat those.

Story-wise is decent. The best of it is the relationship between Link, Zelda and Groose. The ost is not as epic as the previous games but it has some memorable pieces, like Lanayru Mining Facility and the Earth Temple. The dungeons were ok but they have similar layouts. The bosses were... uh, Koloktos is awesome but the rest are a joke and the fact you have to face Girahim and the giant avocado several times made the game repetitive.

In general is a solid Zelda game with mechanics that laid the foundations for BotW, but it's clear that they were running out of ideas at the level design department.

I'd never played a GoW before because I didn't like it was all QTEs and button smashing, but this is fantastic.

Graphics, OST, gameplay, character development, everything is excelent. The combat is hard to master but if you max out Atreus it'll help a lot by stunning enemies or distracting them. There's a lot of epic moments (my favorite by far is the escape of Helheim in the floating ship) and the semi open world is full of secrets. The only thing I didn't like was the endgame. You can't upgrade your weapons, skills and armor enough to face the last fight of the story overpowered. After you finish the story you can fight the valkyries but if you don't want to have a really hard time you need to farm a lot in a stupid maze and a world where the gameplay becomes musou-like. And even so the valkyries are hard to take down.

But overall this is a masterpiece, and although not my favorite PS4 game, it's still one of the best of the last generation.

Kirby and the Forgotten Land

Sakuna: Of Rice and Ruin

Aokana - Four Rhythms Across the Blue

Ori and the Will of the Wisps

What a game. I don't play JRPGs often because they're too generic, but this is great. Although the graphics, physics and exploration mechanics are outdated (it looks and plays like a PS2/PS3 game), the story, the narrative and the combat are impressive. Every single main character has a great development. The main quest has a predictable yet really good plot twist, and the ending... Jesus, this is one if not the best ending I've seen in a videogame. Absolutely amazing.

Man, that was awesome.

Calling this game "epic" is an understatement.

The gameplay is as simple as in the first game, but now you have 2 new gravity modes: Moon (less gravity) and Jupiter (much more gravity)

What was a massive change this time was the world. The cities are full of life, you can even see small details like the clocks and A LOT of ships in the air. The first GR felt empty, but now it feels really immersive, not only because everything is moving, but the OST makes an even greater experience. This game has one of the best OST I've heard in my life.

The main story was decent. It didn't feel like a continuation of the first game for the most part (I even watched the OVAs that supposedly connect both games, but I don't think they did). After you finish the main quest the story continues in an "epilogue" but... that wasn't just an epilogue... I won't say anything in concrete, but MAN THAT WAS FREAKING AWESOME. It was one of the best endings I've seen!!!

Apart from that, technically it has some frame drops here and then, I got stuck in a wall once and I really miss the 60fps of GR Remastered.

But generally speaking, is a great game, it has become one of my favorites of all time. I wish I had played it back in 2017 to get the full experience with the online services, but Sony killed this game because it didn't sell well BECAUSE THEY DECIDED TO RELEASE IT TO COMPETE WITH GIANTS LIKE ZELDA BOTW AND NIER AUTOMATA AND THEY DIDN'T PROMOTE IT ENOUGH. What a waste of potential, this could be one of the best IPs of PlayStation. This game is so underrated, and that's really unfair.

This is, without a doubt, one of the best games of modern times, and a great way to say good bye to the decade. One of those games that make you think twice whenever you want to say that videogames can't be art. So immersive that you can feel you're the one traveling with your horse throught those beautiful old Japan landscapes. This game is wonderful.

Not perfect by any means, some dialogues feel rushed and quests feels repetitive from time to time (specially the "follow the footprints" ones), but is a game so complete that I just don't understand how the stupid press gave the GOTY to TLOU 2 just for being "politically correct" with its LGBT agenda.

Very good platformer. I never got super hyped, maybe because I didn't play it on PS2 so the "nostalgia factor" don't apply for me this time. Anyways, is fun and searching for the bolts and cards wasn't tedious. Some weapons are trash so I never used them, but is an interesting mechanic to have a lot at your disposal.

After 150 hours I finished the main quest. It's a simple story but the game has a lot, A LOT of things to do. Fun and engaging enough.

Amazing. A lot of fun mechanics, a great art style, cast, and develop entre. Even grinding is fun. The ending is one of the best I've seen.

The only things that are not that good are the ost (good songs but not many and there were places with no bgm), the chapter 7 and the fact some monsters can insta kill you even with you being 10 levels above them 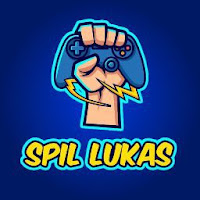 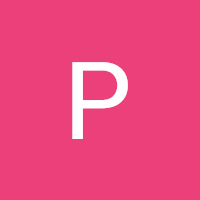 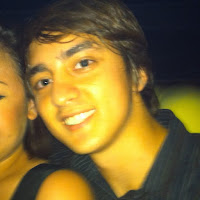 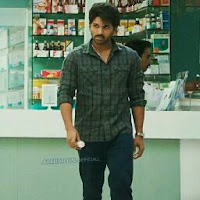