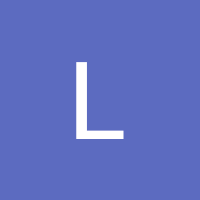 Installed this on a whim when looking for riddle/puzzle like mobile games. Currently at level 127 (the progression = the amount of solitaire games you played which earn you stars which in turn can be used to do action = progress the story)

Each solitaire game nets you a certain amount of gold, which you can use to buy certain tokens which help you beat the solitaire puzzles. HOWEVER, you also need this to PLAY the solitaire games. Not to mention some of these “actions” require 2-3 stars = 2-3 successful (!) solitaires. It’s also a shame you have earn this gold currency to just continue playing, especially as the further you get, the more each games costs (eg: at 127, each time you play you have to “bet” 2,2k gold).. and often -not sometimes- the game seems stacked against you. I can’t count the times I went through 3-4 cards at the start of a round before I could even make a move. And the “special cards” or extra cards (+5 cards buy-in if you run out before you finish a round) are waaaaay too pricey. I never buy the special cards (at this point, one of those costs 6,6k) and so I just passed a level which I had to try 4 times because of bad cards, so which cost me 8,8k to play and only gave me about 2,7k in return.. (Edit: Played a little further, at 143, I’ve done the level 6 times without success, my gold has from 32k to 20k in about 5min, and it feels rigged. Some tries I go through 6 cards without being able to make a move because of the damn curtain mechanic)

So it feels like a pay-to-play at some point.. unless you’re ok with waiting about an hour to try again (refilling purse which gives you about 2,5k gold each hour).. So like the title states: fun but infuriating at times.