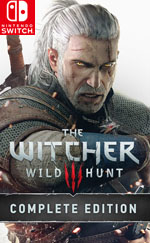 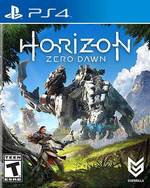 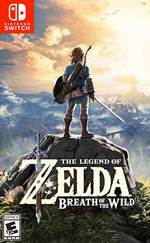 9.53
playscore
Switch
The Legend of Zelda: Breath of the Wild
ACTIVITIES
Added a game to Played list
Jan 10
PS4

Great experience with this one. Originally I had started it but wasn’t really engaged by the combat, but I gave it another go and I’m glad I did. I definitely see why this is seen as one of the best games on PS4. Graphics are gorgeous, I’m not usually into hack and slash, but the combat is deep and interesting enough to keep it engaging and reasonably challenging. Story starts off slow, but after so many hours spent with these two characters you really get to understand both of their perspectives and needs and you do get connected to them. All of the characters in the game are pretty grounded and interesting/entertaining. Gameplay gets pretty addicting (battle, find loot, solve puzzles, beat boss, repeat) and the story is paced well enough that I was actually engaged through the full 30-40 hours I put in it until the end.

However boss variety is pretty limited, and I felt like the skill progression system was kind of unbalanced as I kept gaining so many experience points and skills so quickly I barely had time to learn and appreciate the last skill. Also it would be really nice if the camera was further back during battle so you could actually see more of the battlefield. Makes it awkward to fight multiple enemies. And the end does feel a bit anticlimactic, as it becomes clear it’s the first part of a larger story. Not necessarily a bad thing, as it just leaves me wanting to really play the next one and see where the story and characters go.

Overall, an amazingly made game, with a couple of things that could be polished, but generally fun action and a satisfying story to keep you playing until the end.

What an amazing game. One of my favorites on the Switch. I was hesitant to play a dense isometric rpg, but after giving it a shot for a couple hours I got hooked and didn’t put it down until 100+ hours later. It’s so amazingly crafted, with endless depth and options and a fantastic battle system. My wife isn’t much of a gamer but she enjoys board games, chess, Age of Empires style games, and once I introduced her to this she fell in love with it too. We ended up picking it up on PS4 so we could play in co-op - unfortunately Switch doesn’t have co-op :(

The customization is just so engaging, and makes for great multiple play-throughs. My two other favorite games on the system are Witcher and BotW, which although this is different as it isn’t action based, it provides the same or deeper level of engaging exploration, and deep open world fun.

Literally the only small cons I have are I wish the characters could run (they just lightly jog and there’s a lot of world to explore) and the inventory management can be a little clunky. But otherwise a near perfect gaming experience.

8.57
playscore
9.35
gamerscore
7.79
criticscore
Reviewed a game
Dec 15, 2020
Switch
Mario + Rabbids Kingdom Battle
8.70
Surprisingly fun, addictive, and just very well made game. I was initially turned off by the Rabbids (remind me of Minions) and by the turn based style. But once you get the hang of the gameplay, it’s actually really fun and engaging. Also quite challenging. You really need to think strategically as you get further along. Enemies and bosses are unique and challenging, and the characters all slowly gain all sorts of cool abilities and weapons as you progress, graphics are great and the character animations are all very charming and well done. I actually couldn’t put this game down until I finished it (which is rare for me) and I was bummed it wasn’t longer (about 20-25 hours). But fortunately there’s also DLC with Donkey Kong which is pretty great too. Small cons for me, the progression is pretty linear, and while the level design has some decent puzzles to solve in between battles, it felt a little lackluster to explore. The battles, bosses, and character upgrading are really the star. And honestly I wish the campaign was a little longer, but that might just be me. Small nitpicks! Overall a real blast to play and definitely a hidden underrated gem.
Added a game to Backlogged list
Nov 21, 2020
Switch

8.56
playscore
8.69
gamerscore
8.44
criticscore
Reviewed a game
Nov 16, 2020
Switch
Astral Chain
8.40
Fun & engaging game. Graphics are awesome and the combat is fun (once you get the hang of it). Lots of high action and fast pacing for most of the game, with some sections of pretty mild “detective” work to break up the pacing. Story is decent, characters are all pretty solid and varied. Music is high energy and over the top but actually quite fitting. The combat system is really the center stage of the game, and while it can take some time to adjust to controlling two characters at once, it does get pretty intuitive and rhythmic after a while. It’s pretty fun to switch between your legions and pick your favorite one to battle with. Story overall took me around 20hrs to complete, then they offer some pretty fun post game content that’s essentially little side missions/battles. Some cons for me were mostly during the “detective” portions of the game. The “investigating” you have to do is just so simplistic and even patronizing in how easy it is. It definitely feels tacked on after the developers spent all their time building the combat system. There were moments that dragged a bit as some missions felt repetitive or too much like errands. But then you’d end up in a crazy boss battle that was really fun and engaging so you’d quickly forget the more bland moments. I also wish the hero character would speak at least a little. Felt odd to have his team constantly communicating with him/her for them to just be completed silent the whole time. Also not being able to save mid mission was a little annoying. Not really big issues, just minor gripes. Overall the game is beautiful and action packed. Combat system is very unique, deep, and really pretty fun. Don’t expect too much from the story or side missions, but that’s not the meat of the game. Enjoy it for the visuals and mindless fun of the crazy battles.
Reviewed a game
Nov 10, 2020
Switch
Super Mario Odyssey
9.10
Fantastically fun game and perfect introduction to the Switch. Instant classic. First 5 hours of playing I didn’t stop smiling. It’s bursting with creativity and joyful mechanics and level design. Beautiful graphics and excellent music. Cappy is a welcome addition to the Mario world, giving Mario more movement options and adding the fun addition of “possessing” a fun variety of enemies & creatures. Once I started playing I didn’t stop for the full 15hr main story. Each level is so fun and interesting that I was always compelled to see what the next environment was, in addition to the new creatures I could play as and the new outfits I could collect. It really does feel like the ultimate spiritual sequel to Mario 64. The ending is also a surprise and a blast. Only little cons for me are that some of the levels are a little more linear and less inventive than others. Not that linear is bad in a Mario game (some of the linear levels were amazing) but I personally fell in love with the more open world levels as they just felt like massive playgrounds. So when it would switch back to more linear levels I felt it lost a bit of the fun (if every level was as big and full as the Sand level I’d be in heaven). There’s roughly 15 levels/worlds but to me only half were truly memorable. No real duds, just lots of good ones and a few truly fantastic ones. Also I didn’t feel compelled enough to continue collecting the nearly 1000 moons scattered across the levels as it just felt repetitive after a while. There is a pretty solid amount of post game stuff to do, some of which is really fun. But after about 20hrs total I put the game away satisfied and haven’t really missed it. It’s an immaculately designed Mario game, though it felt like it teased at a more open world and I just wish it was that a bit more. Less of the short levels and a few more of the massive open playground levels would have made it a 10/10 for me.
Meet Gamers 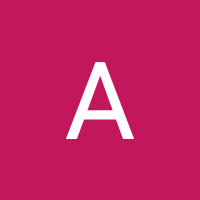 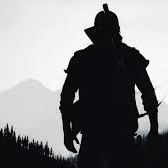 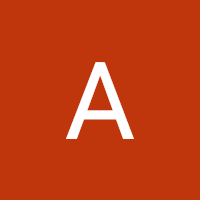 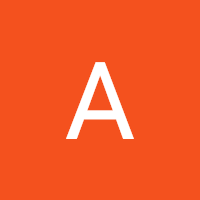