The legendary stylish action game is better than ever in the ultimate version of this multi-award winning hit. New features include the addition of Dante's brother and arch-rival, Vergil, as a playable character, Legendary Dark Knight mode, next-gen graphics upgrades and more.
Official websiteWikipedia 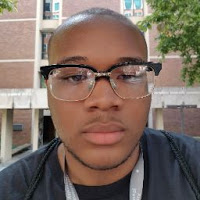 It's difficult to imagine what more Capcom could do to improve upon Devil May Cry's formula. The gameplay is fast paced, challenging, and rewarding, with phenomenal performances from the game's cast of characters.

Plus, DMC SE solidifies the idea that Vergil is possibly the coolest character in the video game world.

Every character is fun to play. V surveys the battlefield as you issue commands to his pet demons, using V to deliver the killing blow. Nero is 100% offense with the many combo moves you can pull with his sword the Red Queen and his absolute beast of a revolver Blue Rose. A new edition to Nero's gameplay are his Devil Breakers, which serve as an expansion of his Devil Bringer from DMC 4. Then there's the legendary Devil Hunter himself, Dante, with his various fighting styles: swordmaster, gunslinger, trickster, and royal guard. If you grew up with DMC 1 and DMC 3 (we don't talk about DMC2) then you'll feel right at home with Dante's style of various weapons and fighting styles.

And then there's him.

The Alpha & The Omega.

Vergil is the rare case of a video letting you play as the boss...and being WAY more powerful than the version of the boss YOU actually faced. Vergil only has three weapons (Yamato, Beowulf, and Mirage Edge) but that's all he needs. Unlike the other characters, Vergil plays much differently. Like his DMC 4 counterpart, Vergil has a concentration meter that depletes the more you run around, miss attacks, and take damage. Successfully landing hits, perfectly dodging attacks, and slowly walking around the battlefield builds your concentration and allows you pull off devastating special moves such as Vergil's iconic Judgement Cut End.

DMC 5 was amazing when it initially launched for PS4 and Xbox One back in 2019, and it's especially amazing now on PS5 hardware with support for 4K60, ray tracing, and introducing Legendary Dark Knight Mode which allows for hundreds of enemies to be on screen at once. It also doesn't hurt that the game's soundtrack is phenomenal, as Bury The Light is one of the best themes they ever could have made for Vergil.

This is a high action game. I’m not the biggest hack & slash fan so this isn’t my favorite type of game. I found the beginning to be fun and exciting. However it quickly gets very repetitive. Basically go through either a crumbling city or the depths of Hell settings. The enemies are not varied with only about 4-5 different typical enemy types. Bosses are a bit better. This isn’t a difficult game as I don’t think I died once. Overall I wasn’t that impressed with it except the music is really good. I wouldn’t really recommend. I’m selling my copy. 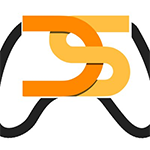 9.00
Brandyn Boyd—Nov 25, 2020
Taken as a full package, then, Devil May Cry 5: Special Edition is an impressive one. The gameplay is as deep and long-lasting as the player wants it to be, there’s always new combos and combat potential to unlock and tons of difficulties and challenges to work through; now, even more so with addition of Vergil and the new modes present. That being said, DMC5 was never perfect.
Read full review

9.80
Francesco De Meo—Dec 09, 2020
While ray tracing and DualSense support are not massive game-changers, they round up the package nicely and help making it a worthy purchase for every Devil May Cry fan and for those who did not have yet the pleasure to experience one of the best character action games released in recent years.
Read full review

8.00
James Paley—Nov 23, 2020
I’m not so invested I want to go back and play the games I missed, though I am glad I came back to the series. If smooth gameplay is your yardstick, then this is the definitive version for you. On the other hand, there are better graphical show pieces for the PS5 out there. Even so, I can easily recommend Devil May Cry 5: Special Edition for new and old fans alike.
Read full review
See all critic reviews