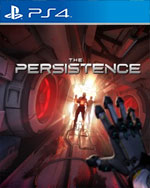 Can you survive The Persistence? Caught in the inexorable pull of a black hole, and with the crew mutated into horrific & murderous aberrations, it’s down to you, a clone of security office Zimri Eder, to save the ship and make the jump back to earth. A brutal VR sci-fi-stealth, horror, roguelike featuring dozens of upgradable gear & weapons that may just be enough to keep you alive long enough to survive The Persistence.
open_in_new Official website 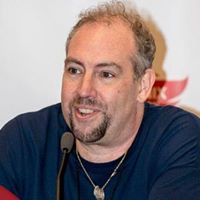 The Persistence is a very interesting mixture of Virtual Reality and Survival Horror. The game was originally released for the PS4 but has now arrived on PC and can be played in both a V.R. and Non-V.R. environment which makes it an ideal game for those looking for V.R. style gameplay without the hardware.

The game is set about The Persistence which has experienced some very unfortunate incidents in deep space. You play a cloned version of someone who was killed prior to the events of the game and with the help of the ship’s A.I. you are able to be respawned and are guided throughout the ship to collect objects and complete tasks.

There are several dangers facing players from ship systems and deadly beings who have been spawned from the former crew. Faced with a shield to block attacks and counter-attack players must be able to defend themselves as they look for the optimum angle to deliver impactful hits on their enemies. As they explore they will gather weapons, health, resources and items which they can use at various terminals to update their abilities and to better enhance their chances for survival.

Since the game was designed for a V.R. setting; players will have to get used to a control system that is different than one who has not played many V.R. games would be accustomed to.

If you can endure the early challenges with combat, navigation, and such; the game offers some good tension and an enjoyable experience.

The graphics will seem a bit dated in parts but remember this is a product of the V.R. as you will not get games to have state of the art graphics in this environment.

What the game does offer is some tense gameplay and plenty of action in setting that should keep fans of the genre happy if they are willing to temper their expectations.

7.00
Phil Neyman—Jul 30, 2018
Hearing enemies from far away takes the suspense out of things a bit, but they are tough to take down, so there is still some challenge. In playing through The Persistence, you can’t help but wonder what a game like this could be if it had been given the Alien franchise to work with. Until that day comes and we can play Alien Isolation in VR, you could do a lot worse than The Persistence.
open_in_newRead full review

8.00
Samuel Guglielmo—Jul 24, 2018
I’m not sure what I was expecting from The Persistence, but I came away extremely pleased. Each run on the spaceship saw me rethink how to approach enemies. I tried to find new weapons to fight back as I hoped to avoid capture just a little longer. It really is a terrifying game that plays up its horror elements well. While there are still a few issues to be ironed out, it’s worth persisting with this game.
open_in_newRead full review

6.50
Janet Garcia—Jul 24, 2018
Overall, the progression is solid, but there are a few moments where I felt it was sort of unfair (i.e having to backtrack with no health in sight) due to the procedural generation. You’ll want to pick this game up, because while it does have its flaws, there’s something incredibly satisfying about sneaking up behind enemies and zapping the stem cells out of their skulls. It’s a feeling I encourage all of you to seek out.
open_in_newRead full review
See all critic reviewsarrow_forward