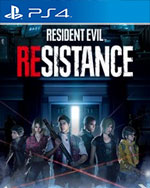 Apr 3, 2020
NA
playscore
To get a playcore, a minimum of 50 gamer ratings and 3 critic reviews are required.
NA
gamerscore
person
1
6.27
criticscore
rate_review
11
warning

This game requires the base game RESIDENT EVIL 3 to play.

Experience a new 1 vs 4 online multiplayer game set in the Resident Evil universe where four survivors face-off against a sinister Mastermind. As the Mastermind your aim is to prevent the survivors from escaping by whatever means necessary. At your disposal will be all manner of tools including summoning vicious monsters, setting deadly traps, weaponizing cameras and more!
open_in_new Official website

RE resistance is a good time for a short time that I think would truly be great with a group of friends. The game pits survivors and a mastermind against each other both played by players. The survivors play like typical resident evil characters all having their own special abilities like hacking the masterminds cameras, temporary unlimited ammo and a aoe healing ability. The survivors need to collect key items in each area to advance with their being three areas in total per map. The Mastermind has a set of camera from which he can observe the survivors from as well as set traps such as mines, zombies and other creatures including an ultimate monster depending on which mastermind your playing. The mastermind are given a deck of card that include the above items and where you apply them creates a strategic gameplay style that was fun to mess around with. The goal of the survivours to escape all three areas by beating all the objects within the time limit and the mastermind has to stop them from doing so. The actions of each faction increases or decreases the time which means a well placed monster can change the tide quickly if the survivors aren't careful. Playing as the survivors gives you new micro sized RE areas to explore that I honestly enjoyed exploring and the structure of being able to buy stuff based on performance gave me strong COD zombies vibes which is rarely a bad thing. Been given an opportunity to play as Mr X, G and nemesis is also a treat for series fans even if there is very little depth present. Overall this game was enjoyable and not the afterthought I assumed it was but could be made into something truly worthwhile if tried again and given a bit more TLC 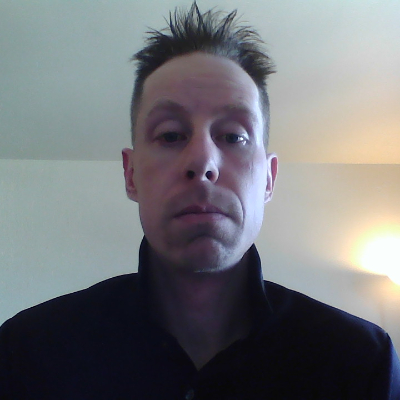 6.00
Lucy O'Brien—Apr 02, 2020
Resident Evil: Resistance’s 4v1 multiplayer mode has its moments but could benefit from some character balancing and combat feedback that feels as good as it does in single-player. Playing as the villainous Mastermind is consistently far more of a blast than trying to stay alive as the unbalanced Survivors, particularly because you can play as iconic baddies from across the series but also because messing with your victims feels so devious.
open_in_newRead full review

6.00
TJ Denzer—Apr 08, 2020
I have the patience to play the game and hope for that potential to be realized, but the unbalanced kickoff and silly decisions like attaching hosting duty to masterminds is not something I expect many people to weather for long. Resident Evil Resistance could be so much more with what it has on the surface, but what’s under the hood needs some thoughtful tweaking if Resistance is indeed a cause worth fighting for.
open_in_newRead full review

5.00
Becca S.—Apr 07, 2020
I have hope that Capcom will continue to work on Resident Evil Resistance and address the balancing and connection issues. In time, as players learn the importance of teamwork as survivors, it has the potential to be worthwhile addition to the asymmetrical multiplayer genre. As it stands right now, however, it simply isn’t fun to play most of the time. Stick to Left 4 Dead in the meantime; Resident Evil Resistance is better left buried until its developers have reanimated it with some much-needed updates.
open_in_newRead full review
See all critic reviewsarrow_forward