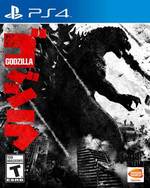 Godzilla, the King of the Monsters, first appeared in 1954. Scientists studied Godzilla and found that they could harness energy from the monster. Called “G-Energy,” this seemingly endless source of power was used to better the lives of all mankind. 60 years later, just when mankind’s memory of the beast faded, Godzilla appeared again. Godzilla destroyed at will, all in search of more G-Energy. Such irony, the same G-Energy which was used to better the people’s lives, also caused Godzilla to awaken. Can the G-Force, mankind’s last hope, stop Godzilla? What fate awaits Godzilla once he has consumed all of the G-Energy, and grown to his full potential?

3D Juegos open_in_new
4 Ratings
1.80
This game has not been reviewed. Be the first to review it!

2.00
Ben Griffin—Jul 17, 2015
You would think a game in which you can pimp-slap a moth as a 40ft-tall garbage monster couldn’t possibly be that bad. You would, however, be wrong.
open_in_newRead full review

4.00
Dean James—Jul 21, 2015
The latest Godzilla film, while flawed, really did a good job of bringing the character back to the US after so long, but Godzilla for PS4 cannot say the same. The gameplay feels sluggish and underwhelming alongside missions that barely change, though the large roster of characters is appreciated for longtime fans. Those looking for an atomic blast of fun with this game are going to be sorely disappointed, as Godzilla can only muster a weak roar in this outing.
open_in_newRead full review

4.00
Sidd Masand—Jul 27, 2015
To ensure it wasn’t just isolated to my connection I tried playing online using two different connections from two different service providers and ran into bad lag both times. The lag was so bad I couldn’t even properly finish a match. Can you say “Ouch”? Godzilla is a game that may offer some satisfaction to hardcore fans, but casual players won’t find much to like here. Clunky controls, poor visuals, and boring and repetitive gameplay make this game experience one that you should skip.
open_in_newRead full review
See all critic reviewsarrow_forward

The Liar Princess and the Blind Prince

Power Rangers: Battle For The Grid