Set in the realm of brutal Greek mythology, God of War III Remastered is the critically acclaimed single-player game that allows players to take on the fearless role of the ex-Spartan warrior, Kratos, as he rises from the darkest depths of Hades to scale the very heights of Mount Olympus to seek his bloody revenge. Armed with double-chained blades and an array of new weapons and magic, Kratos must take on mythology’s deadliest creatures while solving intricate puzzles throughout his merciless quest to destroy Olympus. 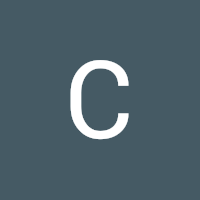 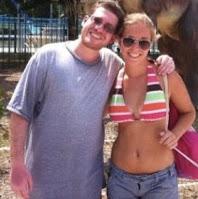 Basically it’s a Revenge Driven Story Of Katos Wanting to Kill His Dad Zeus and The Gods of Olympus With The Ending of GOW2 Having Katos Fight His Dad Zeus and The Beginning of GOW3 Starts Where GOW2 Ended at.Great Boss Fights Against Hercules, Hades, Kronos, Great Graphics, Music, Great Weapons including Nemean Cestus My Personal Favorite That You Get From After Killing your Brother Hercules That Sends Enemies Flying and and It Breaks Big Blue Stones. The Magic Allows you To Do ShockWave Attacks ,Claws of Hades Magic that can let you summon souls to help in battle Nemesis Whip Does Electric ⚡️ Attacks and with Magic Does Lighting Attacks To All Enemies in a Group near each other, and The Default Blades of Exlie With Magic Shoots a lot of Arrows while being under a shield 🛡 That’s 4 Main Weapons to change from unlike the other gow games. Also There’s the Blade of Olympus which you can use after you build it up as a Special Ultimate Attack. There’s the Item Ability Called Bow of Apollo that can shoot Fire When Charged Up, Hermes Boots Called Boots of Hermes That Let’s You Run Real Fast After You Kill Hermes And Cutting His Legs off, Head of Helios which you get by ripping off Helios Head That Let’s You Use The Power of the Sun ☀️ to Blind Everyone. The Story isn’t the best but The Game as a whole is still amazing and I Also Got The Platinum Trophy 🏆 for GOW3 Remastered on the PS4 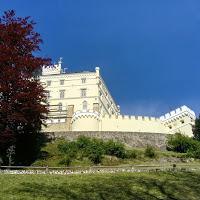 As a game I this that the combat is very solid, the story pretty good, the enemy werayety is good, the bosses (exsepte Hephastus) are great and very creative and all the characters are interesting in their own way.

But as a remake It slytly improved the graphics and the only new things are the costumes witch are all okey.

Just remember that I never played the original so take what I said with a pinch of solt.

Now heres everything I love and don't about it. (SPOILER ALETR!!!!!!)

Overall this is a must play if you own a ps4 and i recomend thet you play the entier series.

8.00
Dan Ryckert—Jul 14, 2015
Those that weren’t blown away by God of War III in 2010 won’t find much in this update to change their tune, but fans and newcomers might consider giving it a shot. Frequent re-releases and the lackluster Ascension prequel may have brought on some God of War fatigue, but this remaster can be a great reminder of some of the best moments in Kratos’ saga.
Read full review

8.50
Jim Sterling—Jul 14, 2015
God of War III Remastered is definitely one of the recent double-dips that I feel confident to recommending, even to those who have already played it. It runs beautifully – I encountered one glitch across the eight-hour experience, and nothing deal-breaking – looks fantastic, and delivers that shameless, gratuitous action without feeling aged or tired.
Read full review

6.00
Ludwig Kietzmann—Jul 22, 2015
That parade of cathartic moments still makes God of War 3 worth playing, especially given the vividness and eye-popping destruction woven into every major battle. It peaks and drags and peaks and drags, sure, but God of War at its high point was never going to be sustainable.
Read full review
See all critic reviews