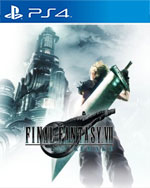 Production has begun on the full remake of FINAL FANTASY VII, a title that first released in 1997 and universally regarded as a hallmark title of the RPG genre. Leading the development will be key members from the original project, including producer Yoshinori Kitase, director Tetsuya Nomura and scenario writer Kazushige Nojima. The announcement trailer has been released and more updates on this project will be revealed at a later time.
open_in_new Official websiteopen_in_new Wikipedia

I've never played any Final Fantasy game, but I've heard by many that Final Fantasy VII was one of the most important videogames ever made.

Final Fantasy VII Remake was my first game in the series and... Oh boy, where do I begin!

The story is amazing in my opinion! The ending is divisive but I really liked it personally and I think that it's too early to criticize it.

The main cast is one of my favourites!

Most of the side characters were pretty good as well, especially Jessie, Sephiroth and Reno.

The combat system is my favourite combat system in a videogame; It's like a combination of Hack 'n' Slash & Turn Based at the same time, there are 4 completely different party members to control, tons of different skills, spells, items, mechanics and different builds to use, it's VERY deep and organic, it feels awesome and it looks phenomenal!

The RPG elements and the Materia system are wonderful!

The boss fights are dope! Some of them were among the best boss fights I've ever encountered.

The music is fantastic for sure and it fits the visuals perfectly!

Visually, this is the most beautiful game I've ever played! The lighting, the animations, the textures & the setting are absolutely breathtaking!

Lastly, the set pieces and the visual representation are the best I've ever seen! They looked like they were out of a CGI movie and there were sooo many incredible, gorgeous and jaw dropping moments!

I only have 2 minor complains though! The textures looked bad in some areas and most of the sidequests were uninteresting.

- Texture issues in some certain areas

- Most of the sidequests were uninteresting

Put simply, Final Fantasy VII Remake is my favourite videogame of all time alongside Persona 5 Royal. 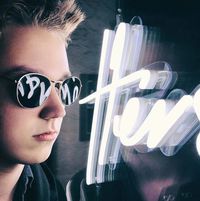 Was a good game and I liked how it differed from the original final fantasy concept.

8.50
Ken McKown—Apr 30, 2020
Final Fantasy 7 was the first in the series that really grabbed me. It has its nostalgic hooks into me and I will be here for every entry. I hope they clean up the pacing issues and continue to wow me as they go along. For now this is one of the best games of the year, and still gives me chills with its presentation and music.
open_in_newRead full review

9.00
Lucas White—Apr 14, 2020
Final Fantasy VII Remake reveres its source material, but isn’t afraid to get sillier, weirder, and even more earnest and emotional. It’s a classic, old school JRPG from the 90s, reimagined as a bloated, contemporary triple-a video game. It’s also, in a way, a significant meta text, but you’ll have to dive into that aspect on your own. Final Fantasy VII Remake is going to be weird in so many different ways for so many different people, and for that reason alone I have to give it an enthusiastic recommendation.
open_in_newRead full review

10.0
Oliver Smith—Apr 06, 2020
To begin with, it’s not an easy-peasy task to remake Final Fantasy 7. But Square Enix have not only done that, but they have also managed to deliver one of the finest RPG experiences of this generation.
open_in_newRead full review
See all critic reviewsarrow_forward