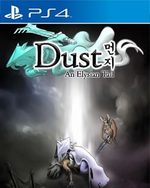 As the mysterious warrior, Dust, your action-packed journey will take you from peaceful glades to snowy mountaintops and beyond. At your disposal is the mythical Blade of Ahrah, capable of turning its wielder it into an unstoppable force of nature, and the blade's diminutive guardian, Fidget. Battle dozens of enemies at once with an easy-to-learn, difficult-to-master combat system, take on a variety of quests from friendly villagers, discover ancient secrets and powerful upgrades hidden throughout the massive, open world, and uncover the story of an ancient civilization on the brink of extinction as you fight to uncover your own past.

3D Juegos
3 Ratings
9.00
This game has not been reviewed. Be the first to review it!

7.00
Kell Andersen—Oct 12, 2014
Dust: An Elysian Tail is a relatively rousing beat-‘em-up experience. Its combat feels fluid and precise, its presentation is mostly gorgeous, and its story – while relatively pedestrian – is told with humour and panache. Unfortunately, a repetitive second half combined with some potentially profanity-provoking platforming hold it back from truly soaring.
Read full review