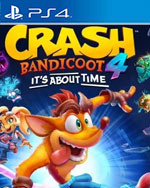 It’s About Time - for a brand-wumping new Crash Bandicoot™ game! Crash fourward into a time shattered adventure with your favorite marsupials. Neo Cortex and N. Tropy are back at it again and launching an all-out assault on not just this universe, but the entire multiverse! Crash and Coco are here to save the day by reuniting the four Quantum Masks and bending the rules of reality. New abilities? Check. More playable characters? Yep. Alternate dimensions? Obviously. Ridonkulous bosses? For sure. Same awesome sauce? You bet your sweet jorts. Wait, are they actually jorts? Not in this universe!
open_in_new Official websiteopen_in_new Wikipedia

12 years we have been waiting for a new crash, some would argue far longer than that. However what can't be argued is that is now back with a game that can stand proudly against the naughty dog games and the very best of the genre. The artstyle while not what I associate with crash is really beautiful and bring vibes of rayman legends which being compared to is never a bad thing. The soundtrack is decent, not as good as the originals or many other crash games however they prove enjoyable while playing but not much beyond that (I liked how Cortex's theme was incorporated in all his levels tho). As for the gameplay it is a good as ever. The double jump is added to crash's standard moveset from the start allowing the game to be designed around it. He handles like a dream in these brilliant levels that really test your skills. This is easily the hardest game in the series but it's always fair. The game takes the level philosophy of mario where each level introduces its own gimmick and it is iterated on throughout the stage. Whether it be a pirate ship, a jaunt over rooftops above a festival or the prehistoric era every level has it's own sense of style and at it's very best tropical freeze one of the best platformers of all time comes to mind. The 4 masks also add to the gameplay variety in stages as at certain intervals you can phase objects in or out or slow down time or flip gravity. These add depth and puzzle like elements that fit's incredibly well with standard crash fair. the vehicles are massively turned down in this game as there are only 4 of them and they only appear once or twice each and only as sections of a level not a full level . The devs were confident in there platforming design and that the masks would create enough variety to keep the game fresh and I'm glad to say they nailed it. Replacing full vehicle levels are new playable characters in Tawna,Cortex and dingodile, all of which have 5 or 6 levels each. They break up the gameplay nicely as they all play very differently from crash and the good news for people who want pure crash action is that only one level with each character is required to beat the game. One thing that I didn't like however is after playing one of these characters sections you have to playthrough part of a level you already played as crash with slightly different box placement, which I personally found like a waste of time even if they are fun to bounce around in. The bosses are all well designed and fun to fight to that beating them down is fun from beginning to end. The game is packed with extra content with each level having 12 gems relics and the ridiculous perfect relics. Needless to say if your a crash fan like me you will be kept busy for a long time. The remakes where the groundwork but with this game crash can scream he's back and he isn't going away again any time soon.

The best platforms games. The beautiful graphics and sounds. The must buy game 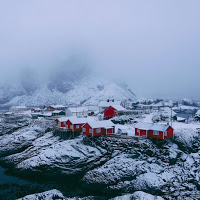 9.00
George Foster—Oct 01, 2020
As a Crash Bandicoot fan, Crash Bandicoot 4: It’s About Time is everything I’ve dreamed of since the original trilogy ended all those years ago. It’s a jam-packed, brutal platformer that expands on what makes Crash great with some really cool twists and turns. The challenge may get a little too much sometimes, but it is more than worth fighting through and proof that Crash Bandicoot is king of the platformers.
open_in_newRead full review

7.00
Richard Walker—Oct 08, 2020
It looks inviting enough, and an accomplished platformer it may be, but Crash Bandicoot 4: It's About Time is also bastard hard. For the most part, however, Toys For Bob's Crash outing is good, wholesome fun while it lasts.
open_in_newRead full review

8.00
JosephYaden—Oct 06, 2020
Ultimately, Crash Bandicoot 4: It's About Time had a lot riding on it. Being the sequel to a 22-year-old game likely presented Toys for Bob with some developmental challenges, but the development team nailed nearly everything about this sequel.
open_in_newRead full review
See all critic reviewsarrow_forward