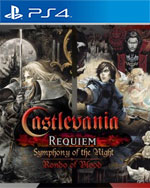 Castlevania Requiem: Symphony of the Night & Rondo of Blood

'Castlevania: Rondo of Blood', first released in 1993 and 'Castlevania: Symphony of the Night', first released in 1997 are now available in one combined package for the PS4! Experience two of the greatest games from the famous Castlevania series. Make your way to the top of Dracula's castle as Richter Belmont, descendant of the famed clan of vampire hunters, in 'Rondo of Blood', or take the leading role as Dracula's son Alucard in 'Symphony of the Night'. Enjoy the unique world, the epic classical background music, and the side-scrolling action of the Castlevania series!
open_in_new Official website 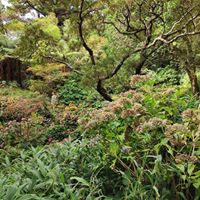 Just finished SotN for the first time. Really strong game which lived up to the prestige, for me at least.

There were some signs of aging, inventory issues in particular. Platforming and exploring lose some of their luster in the 2nd phase of the game.

Besides that, the game was extremely engrossing. Vibe & atmosphere were on point, every discovery was rewarded and every area was filled with unique monsters and bosses - such a fun haunted house of horrors. Music was stellar, locked me into the world and gave every section its own charm.

The combat was more compelling that I thought it would be. Its in & out battle for spacing was exciting and enemy attack patterns were on the regular switch up. If the basics of combat grew stale, the spells and unique weapon abilities allowed for another level to mess around with. Then the bonus of familiars! And even more game content I haven't even touched! Super generous game.

Overall, suprised by how much I enjoyed it. There are some more minor gripes, but theres much more to praise if for. Easy to see why it left such a mark on the industry, well worth a look. This game would have blown my little mind if I'd played it back at release. Strong 9/10.

Will start Rondo of Blood at some point, but ill leave the score based on SotN, regardless.

8.00
Kai Powell—Oct 27, 2018
While you won't find any additional features like Saturn-exclusive content, art galleries, or even a main menu with music, what you will get in Castlevania Requiem is a double pack of Konami's best vampire hunting adventures at a budget price.
open_in_newRead full review

8.00
Jamie O'Neill—Nov 05, 2018
With two brilliant retro games in one bundle, the gameplay in Castlevania Requiem is excellent. As a starting point to the 1792 Dracula X story-line, Castlevania: Rondo of Blood is a fantastic 1993 example of the traditional NES Castlevania's arcade, platforming template, which shouldn't be missed. However, Castlevania Requiem disappoints with a lack of extras like developer interviews, or an art museum.
open_in_newRead full review

6.00
Richard Seagrave—Oct 26, 2018
If you have fond memories of the original PlayStation version of Symphony of the Night and were expecting Castlevania Requiem to offer the definitive version of the game, however, you might want to think twice. While Rondo of Blood is entertaining enough, the lack of extras and the inferior version of Symphony of the Night being included in this package is sure to disappoint.
open_in_newRead full review
See all critic reviewsarrow_forward

Until Dawn: Rush of Blood

Night in the Woods

Trials of the Blood Dragon